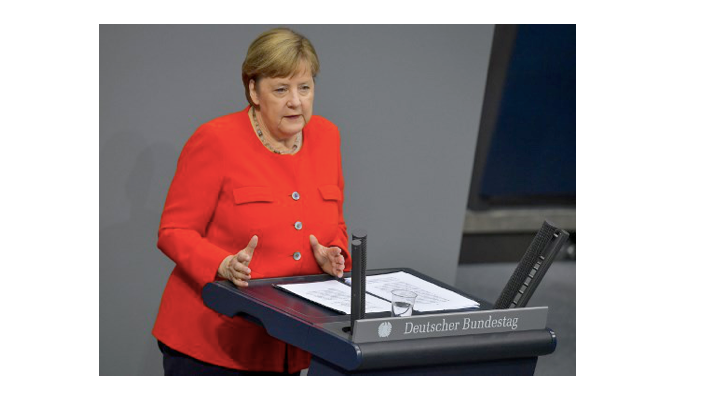 The European Federation of Journalists (EFJ) co-signed a letter to the German authorities ahead of the presidency of the Council of the European Union, to start on 1 July. The signatories call for particular attention to be paid to issues of freedom of the press and media.

“The German Presidency of the Council of the European Union begins at a difficult time, in which concerted efforts from across the social, economical and political spectrum are required. European values and cohesion are under strain. The COVID-19 pandemic poses major challenges to the EU and the wider world – including to press freedom. The health crisis has revealed the crucial importance of independent journalism, and the free flow of reliable information. Moreover, debates around Brexit and the climate crisis show the need for independent, investigative journalism, even more so as journalists reporting on environmental topics are under threat.

Several governments have been trying to misuse the COVID-19 crisis to limit press freedom and silence critical journalism. This manifests in various forms: misuse of information and defamation laws, limited access to information, increased surveillance, and direct or indirect censorship.[1] We need your support to make sure all restrictive measures taken are being monitored and eliminated completely.

There has been a clear increase in politically motivated legal threats and judicial harassment across the EU.[2] Meritless legal actions are taken by those in positions of power who seek to intimidate journalists, media workers, and human rights defenders into dropping their work. These are known as Strategic Lawsuits Against Public Participation (SLAPPs). The EU must end these gagging lawsuits by adopting a set of complementary measures to protect all those affected by SLAPPs, outlined in a statement we issued in June 2020 that was signed by 119 organisations.[3]

We are pleased to hear that the German Presidency wants to address the negotiations on the Multiannual Financial Framework (MFF) and the rule of law. We believe the new European Rule of Law Mechanism needs strengthening in order to prevent breaches occurring in the EU Member States.[4] The allocation and payments of EU funds should be made conditional on their respect for and compliance with the rule of law.

The coming weeks will be marked by crucial negotiations between EU Member States in order to adopt the MFF 2021-2027 in due time. We ask you to support our call to EU Member States to adopt an ambitious MFF, which will strengthen the media sector and support independent journalism.[5] The budget allocated to Creative Europe must be significantly increased with regard to media pluralism, quality (investigative, local, and innovative) journalism, and media literacy. The proposed budget of the Justice and Rights and Values programmes should also be increased as these programmes will be imperative to supporting independent journalism.

Given that the aim of the presidency is to work “together for Europe’s recovery”, we ask you to also take into account the financial situation of the EU’s media sector, on which the pandemic has had major consequences. At a time when the role of journalists and the media is more vital than ever, we need robust support for independent journalism.[6]

We urge you to proactively lead the Member States in the Council towards effective solutions that will bring about real progress and overcome the above-mentioned challenges, to press and media freedom in Europe.

We remain at your disposal for more information and future expertise on media freedom in Europe. We look forward to working with you and wish you all the best with your Council’s presidency.”

[2] Council of Europe Platform to promote the protection of journalism and safety of journalists, Annual Report 2020