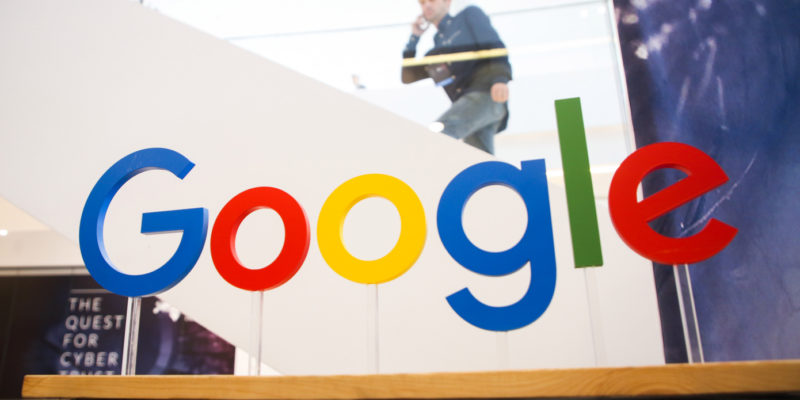 
After years of resisting demands to pay for news, Google said in a surprise announcement on 25 June it had reached deals with a number of news publishers around the world. The European and International Federations of Journalists (EFJ/IFJ) and their affiliates demand transparency on the deals and assurances that journalists will receive their share.

Deals between Google and news publishers were signed in several countries, including Australia, Brazil, and Germany, and were part, the tech giant said, of a “new experience that would focus on high-quality content and help participating publishers monetize it.”  No details were made available, but the agreements appear to cover entire pieces, not only snippets ( limited words), packaged in new products (not clear). Sums paid total “hundreds of thousands of euros for a big newspaper”, according to a French publisher.

The announcement comes one year after the EU Directive on Copyright in the Digital Single Market entered into force, creating a right for press publishers and journalists in the EU to receive payment from online platforms for the use of their publications.

“Google finally reaching for its wallet is good news and a step in the right direction,” said Anthony Bellanger, IFJ General Secretary, “but much more must be done to ensure that the process and the remuneration are fair, and that journalists benefit.”

Google will now also offer publishers payment to allow readers “free access to paywalled articles. This would “let pay walled publishers grow their audiences and open an opportunity for people to read content they might not ordinarily see,” Google said.

In Australia, Google has for years resisted calls to pay. The first publishers to sign a deal with Google were Schwartz Media, The Conversation and Solstice Media. A draft of the “bargaining code” which the Australian government and the Australian Consumer and Competition Commission (ACCC) are developing is due to be published this month, following a public consultation to which IFJ affiliate Media, Entertainment & Arts Alliance (MEAA), made a submission.

In Germany, agreements are being made with five publishers, including the Frankfurter Allgemeine Zeitung, Die Zeit, Allgemeine Zeitung, Der Spiegel, Der Tagesspiegeland the Rheinische Post. EFJ/IFJ affiliate the Deutsche Journalisten-Verband (DJV), warned against a scheme by Google “designed to avoid its legal obligation to pay”.

Referring to the deals, EFJ General Secretary Ricardo Gutierrez said: “We regret that some newspapers have opted for individual deals rather than collective negotiation, and we warn regulators against lax approaches that would see the tech giant circumvent EU legal obligations to pay the media and journalists.”

In France, where a law that implemented the Directive in July last year requires search engines to pay publishers for snippets of news stories displayed in search results. But Google has also refused to pay and threatened publishers with removing snippets of stories and images and display headlines only. The French competition authority said that the move seriously harmed the press sector and could constitute an abuse of a dominant position in the market. It ordered the company to negotiate. Google is now negotiating with several publishers separately, including Le Figaro, Les Echos, ­Le Parisien, Le Monde and Ouest­ France.

While the law compels publishers to negotiate terms with journalists at company level within six months from its entry into force, and despite numerous calls on publishers by the federations and their affiliates in France to start discussions, no negotiations have started yet, French journalists’ unions said.  “There is growing precarity in journalism, this is an unique opportunity to reverse this trend, and we will not stand idly by as companies sign deals and journalists get poorer,” they added.

“With this “licensing programme”, Google is trying to buy time, polish its image and distract attention from its legal liability to pay all publishers, with a fair share for journalists,” declared Mike Holderness, Chair of the Federations’ Authors Rights’ Experts Group (AREG). “If deals are made at company level, companies must involve or inform unions’ company branches of the negotiations and details of the agreements, so they can negotiate journalists’ share.”

Meanwhile in the US, a 2000-strong coalition of news publishers is pushing for a Journalism Preservation Act, with provisions to allow them to collectively negotiate better terms with Google, saying the company has used its online market dominance to “strong-arm” them into unfavourable content agreements.

Holderness concluded: “We look forward to the day when the internet corporations’ responsibilities as publishers and as taxpayers are recognised and enforced in law, everywhere.”