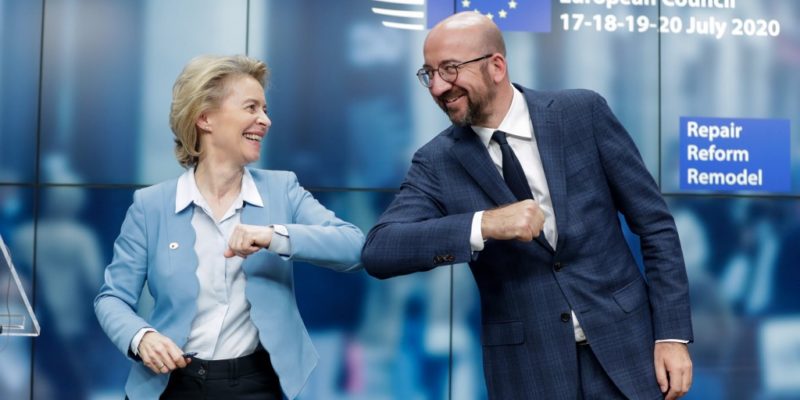 
To the consideration of

Charles Michel, President of the European Council, and

Heiko Maas, Federal Foreign Minister on behalf of Germany’s presidency of the Council of the EU

Media Freedom Rapid Response (MFRR) partners are profoundly concerned about the latest media freedom attacks in Hungary, which follow only days after the EU Summit, where Prime Minister Viktor Orbán praised the rule of law situation in his country.

Media Freedom Rapid Response (MFRR) partners are profoundly concerned by the worrying sequence of events targeting media freedom in Hungary in recent days: On 22 July 2020, the editor-in-chief of Index.hu, Szabolcs Dull, was dismissed by the head of the foundation that manages Index.hu who refused to reinstate Dull despite a request from the site’s editorial staff. On Friday, the outlet’s three leading editors then resigned as a reaction to what they viewed as the crossing of a red line. This was followed by the resignations, in protest, of more than 70 journalists working at the site, calling it “the end of an era”.

Index.hu has been the biggest and most-read independent news site in the country for the past 20 years. It is directly owned by a foundation[1] with a mandate to protect its independence. However, in June 2020 Index’s newsroom warned that its independence was “in danger” (using a public barometer designed to track such threats) and cited “external pressure that could spell the end of our editorial staff as we know it”. Prior to that, Miklós Vaszily, a pro-Orbán businessman who played a key role in the pro-government takeover of other media in Hungary, most notably Origo, had taken a 50% stake in Indamedia, the company controlling Index’s advertising and revenue.

At a time where threats to media freedom in Hungary are significant, we welcome the protests that took to the streets in Hungary on 24 July following the developments, calling for press freedom to be protected and for solidarity with all Index.hu staff. Thousands of protesters marched to Prime Minister Viktor Orbán’s residence to raise concerns over threats, blackmail, coercion and exertion of pressure on the media. Since 2010, the Hungarian government has systematically dismantled media independence, freedom and pluralism [2]. Most media in Hungary are now either directly or indirectly controlled by the government, while the remaining independent media face tremendous financial pressure, discrimination in access to information and smear campaigns designed to undermine their legitimacy. And the situation is only getting more desperate. The latest Media Pluralism Monitor (MPM2020) states, EU-funds are constantly used to finance pro-government media and spread anti-EU messages.

The turmoil at Index.hu follows a pattern, described by MFRR member the International Press Institute (IPI): Instead of jailing or violence, Viktor Orbán’s FIDESZ party has taken a calculated, surreptitious route to controlling the flow of information. Independent outlets are starved of resources through the government’s manipulation of the media market and then, once weakened, placed in the hands of government-friendly business figures. They are then either closed or turned into pro-Orbán mouthpieces. “This is how press freedom is eliminated in Europe in 2020.”

We believe it sends a very worrying sign to the rest of Europe that these developments come only a few days after the EU summit, where allocation of EU funds was only vaguely conditionally tied to a Member State’s compliance with rule of law standards and commitments – in part a result of Orbán’s resistance. The concurrence of both events – Orbán celebrating his “victory” weakening the EU Council’s rule of law mechanism, and the dismissal and resignations at the country’s largest independent news sites – creates a moment of alarming symbolism. Hungary’s government has repeatedly clashed with the EU regarding the rule of law, while also being one of the European states most vulnerable to the withholding of EU funds if conditionality was agreed on, due in part, to the enduring attacks on independent media.

It is high time for the EU to take action, as fundamental rights and media freedom are no longer guaranteed in Hungary. Viktor Orbán and FIDESZ have built and strengthened a system of media capture that requires a strong response from EU institutions. By all financial, legal and political means.

We ask you to make sure that an efficient and robust mechanism of conditionality will be introduced so as to ensure all EU funding is tied to the protection and respect of rule of law in Europe. We also ask you to open an investigation into media ownership and concentration, and the state of media pluralism in Hungary.

Given Hungary’s negative role model status, and referring to the conclusions of the MPM2020, the Hungarian media environment can pose high risks to media pluralism across Europe. Therefore, robust action to protect media freedom in Hungary will reach far beyond that one country. In fact, nothing less than European democracy and rule of law is at stake.

Thank you for your consideration.

[1] Magyar Fejlődésért Alapítvány, Foundation for Hungarian Progress, owner of Index Zrt, who exercises employer’s rights over employees of Index.hu.
[2] More details in the report from December 2019 by the International Press Institute (IPI), Article 19, the Committee to Protect Journalists (CPJ), the European Centre for Press and Media Freedom (ECPMF), the European Federation of Journalists (EFJ), Free Press Unlimited (FPU) and Reporters Without Borders (RSF), following a joint mission to Hungary.