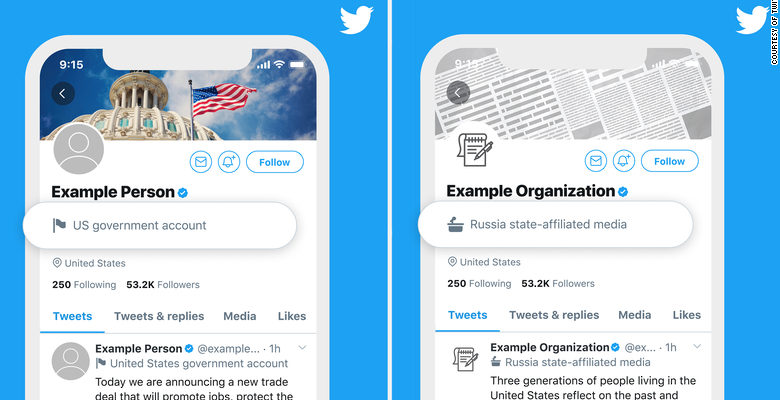 
Twitter introduced on Thursday new labels to identify accounts belonging to government officials and senior staff of state-backed media. Key government officials such as foreign ministers, ambassadors and official spokespeople will receive the label, as will accounts belonging to “state-affiliated” media entities, their editors-in-chief and their senior staff, Twitter said. The European Federation of Journalists (EFJ) is in favor of transparency of ownership of all media, but is wary of labelling initiatives that do not appear transparent or that do not seem to be based on objective criteria.

The Twitter label appears as part of an account’s bio and is attached to the Twitter username throughout the site. Media accounts show a podium with a microphone and a label that says “state-affiliated media.” Twitter is defining state-affiliated media as “outlets where the state exercises control over editorial content through financial resources, direct or indirect political pressures, and/or control over production and distribution.”

The EFJ has always been in favor of a policy of absolute transparency of media ownership. We believe that citizens have the right to know who owns the media they consult, whether it is a state or a private company.

‘In our view, transparency of media ownership contributes to effective media pluralism by enabling the public and regulatory authorities to know the structures of media ownership, which may affect their editorial policies,” said EFJ General Secretary Ricardo Gutiérrez.

The EFJ calls on the 47 member states of the Council of Europe to put into practice Recommendation CM/Rec(2018)1 of the Committee of Ministers to member states on media pluralism and transparency of media ownership (a recommendation adopted by the Ministers representing the 47 member states on 7 March 2018). Concretely, states should promote “a regime of transparency of media ownership that ensures the public availability and accessibility of accurate, up-to-date data concerning direct and beneficial ownership of the media, as well as other interests that influence the strategic decision making of the media in question or its editorial line.” The EFJ regrets that these provisions are not implemented by most European states, even though they have all committed themselves to do so by adopting Recommendation CM/Rec(2018)1.

The EFJ believes that this transparency policy must be comprehensive – it must concern all media – and must be based on objective criteria (in particular the scientific studies on media pluralism carried out by the university research teams of the Media Pluralism Monitor (MPM), which highlight the dangerous deterioration of media pluralism in Europe, particularly as a result of the concentration of media ownership).

“We don’t know what criteria Twitter uses to assess the degree of independence of the labelled media from government pressure. The scientific reports established by the MPM evaluate these governmental interferences on the basis of precise criteria, according to a transparent methodology. We call on Twitter to be transparent about their evaluation criteria and to apply this new policy of transparency of media ownership to all media and not only to “state media” considered (rightly or wrongly?) as non-independent,” concluded the EFJ GS. 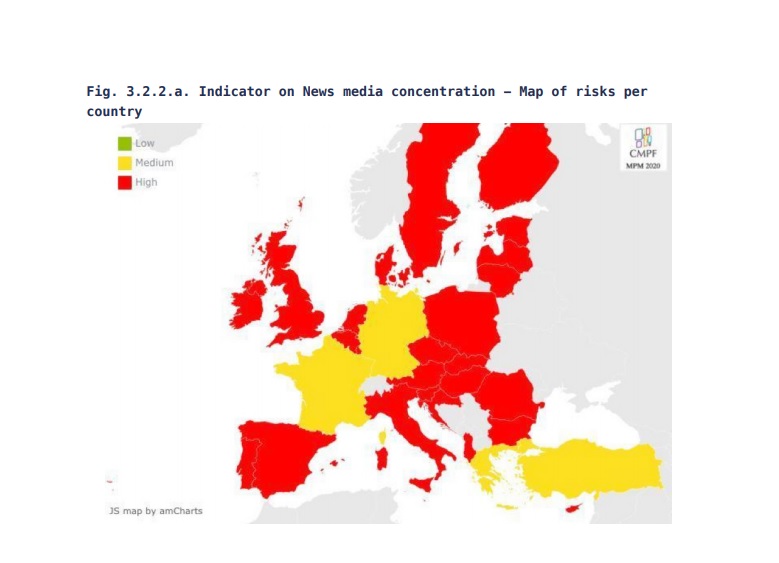