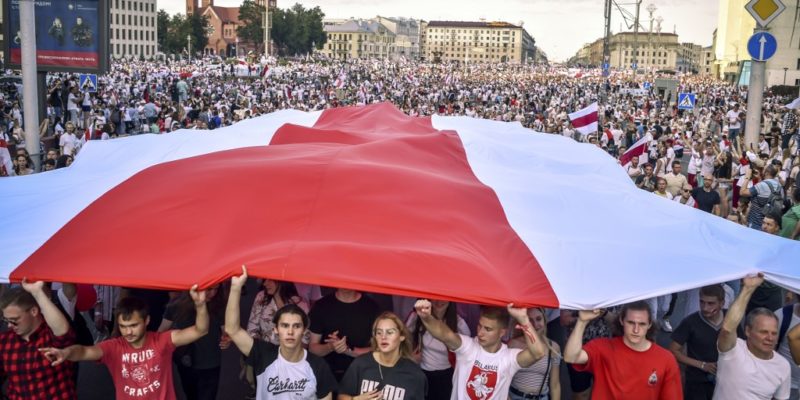 Belarus state television employees are on strike. 600 employees of BTRC put their signatures in support of the strike. The CEO of BTRC Ivan Eismant asked everyone who doesn’t agree with government to quit.

Tens of thousands of Belarusians have gathered in Minsk today for the biggest protest in the country’s history, against police brutality and the presidential election results. The European Federation of Journalists (EFJ) welcomes the call by state media journalists to finally be allowed to cover events in a fully independent way. They will go on strike this Monday if their demand is rejected.

After ruthless violence at the beginning of last week, riot police have left protesters alone since Thursday. However, the Belarusian Association of Journalists (BAJ), the EFJ affiliate in Belarus, continued to record numerous cases of police violence against journalists.

Tens of thousands of workers from state-controlled factories have joining strikes. Journalists at Belarusian state television (BTRC) announced demands on Saturday to report the news objectively, threatening to go on strike.

Thousands of people gathered near the BTRC building on Saturday. They stood under white-red-white flags and shouted slogans: “Truth!”, “Strike!”, “Release”, “Tribunal”… State media workers are calling for a strike. The decision will be made this Monday.

The head of BTRC Ivan Eismant promised that the truth would be aired. On Saturday evening, BT employees published a call on social networks for people to come and support the strike of state journalists, who are tired of living in an atmosphere of total untruth.