Journalists must be allowed to enter Belarus 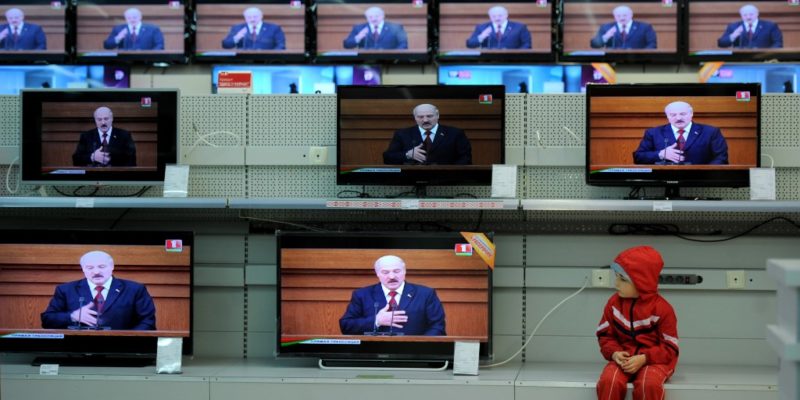 
Belarusian border guards denied 17 foreign journalists entry to Belarus, on Wednesday, due to lack of accreditation. On Thursday, at Minsk Airport, journalists from Estonia, Poland, Serbia, Germany and Georgia were not allowed to enter Belarus. At the same time, Russian journalists and technicians were called to join Belarusian state television. The European Federation of Journalists (EFJ) calls on the Belarusian authorities to let all journalists do their work on the ground.

Today, disputed President of Belarus Alexander Lukashenko admitted that Russian journalists now work for State TV instead of those who quit in protest: ”I asked the Russians: give us two-three groups of journalists just in case. It’s 6 or 9 people from the most advanced television.” He also invited Russians to join the President press pool.

Two journalists from Estonian public television (ERR), Vahur Lauri and Anton Alexeyev were among those held at the border on Thursday. “It seems that they have decided not to let foreign journalists into the country at the moment,” Vahur Lauri told ERR’s news portal. Lauri said he and ERR correspondent Anton Alexeyev submitted an application for accreditation in Tallinn via the website of the Belarusian Ministry of Foreign Affairs, but unlike on previous occasions, this procedure was delayed.

“The Belarusian Ministry of Foreign Affairs is still processing our application for accreditation,” Lauri said. As the accreditation has not yet been granted, it was cited as a reason why they are not allowed in the country, he explained. “It seems that the system has been created in order not to allow foreign journalists into the country,” said Lauri, adding that if you ask the officials about the application no one will directly refuse it, but it is said that the application is being processed.

“We call on the Belarusian authorities not to prevent foreign journalists from doing their job,” EFJ GS Ricardo Gutiérrez said. Accreditation procedures must not be used to impose any form of censorship. Such requests must be dealt with within a reasonable time. And these requests must be handled in a fair and transparent manner, regardless of the nationality of the journalist making the request.”