More arrests of journalists in Belarus 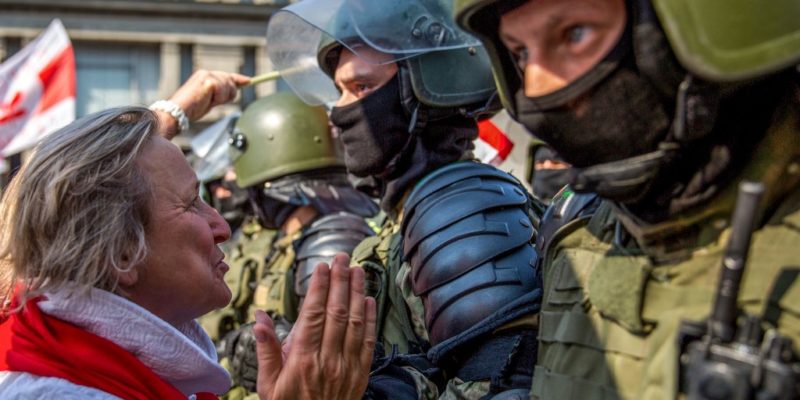 According to the monitoring carried out by BAJ, eleven journalists were detained by the police on Saturday and Sunday:

Since the fraudulent elections of 9 August, 141 journalists have been subject to administrative arrests in Belarus. Most have been released, but they are being prosecuted, often for alleged participation in an illegal demonstration.

“The EFJ condemns this judicial repression of journalists for just doing their job,” said EFJ Director Renate Schroeder. “We demand the release of all detained journalists and the lifting of all prosecutions. We reiterate our urgent call to the European Union and the OSCE to punish the Belarusian authorities for these unacceptable obstructions which aim to put up a wall of silence on the repression of Belarusian democrats.”