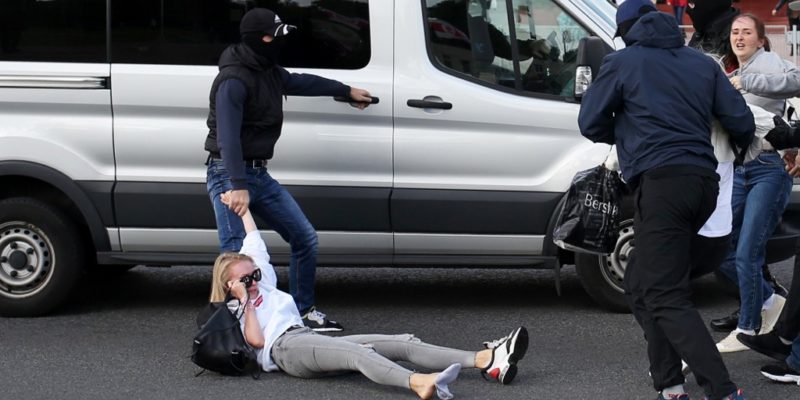 
The European Federation of Journalists (EFJ) welcomes the agreement reached on Thursday at the Organization for Security and Co-operation in Europe (OSCE) to send an international expert mission to Belarus.

As requested by the EFJ and Human Rights Watch on 26 August, finally 17 governments of OSCE participating states agreed on Thursday evening to activate the so-called “Moscow Mechanism”, which allows the OSCE to send an international expert mission to a state suspected of human rights violations.

That means, in practice, that an independent expert mission will be established to investigate and report human rights abuses in Belarus. This mission can be organised without the consent of Belarusian authorities, but Minsk can still refuse to issue visas to experts. In that case, the OSCE rapporteurs would be forced to prepare their report with information collected from outside Belarus.

The OSCE has been very slow to react. “It wasn’t until August 22 that the Chairperson-in-Office (CiO), Albanian Prime Minister and Minister for Foreign Affairs Edi Rama — together with the incoming OSCE CiO, Swedish Foreign Minister Ann Linde — sent a letter to Lukashenko. They suggested visiting Belarus to meet with government and opposition representatives. A week later, Rama reiterated his offer at a special meeting of the OSCE Permanent Council in Vienna,” wrote journalist Stephanie Liechstenstein in SHRMonitor.

The failure of Rama’s call for dialogue prompted a group of 17 states to take action today by triggering the “Moscow Mechanism”.

“Even if its actual effects on the situation in Belarus may be limited,” commented on Twitter Stephanie Liechtenstein, “I think this will send a strong signal that OSCE states take gross human rights violations seriously.”

The EFJ hopes that the OSCE expert mission will be able to operate freely and quickly in Belarus. We call on the experts to document the multiple violations of press freedom monitored by the Belarusian Association of Journalists (BAJ) since the fraudulent presidential elections on 9 August:

The EFJ calls on OSCE experts to meet as soon as possible with the leadership of BAJ, which will be able to draw up a list of those responsible for repeated press freedom violations in Belarus.

“We remain disappointed by the slow response from the international community,” said EFJ General Secretary Ricardo Gutiérrez. “Forty days after the electoral fraud and the massive crackdown on journalists, the European Union has still not taken any sanctions against those responsible. We welcome the progress made by the OSCE. I invite the European Council to follow this example. It is high time to take action.”

The UK will not stand by while the Belarusian authorities repress their citizens with impunity.

Alongside 16 @OSCE countries, the UK today invoked the #MoscowMechanism, triggering an independent investigation in Belarus. https://t.co/7ZTTSvymLr