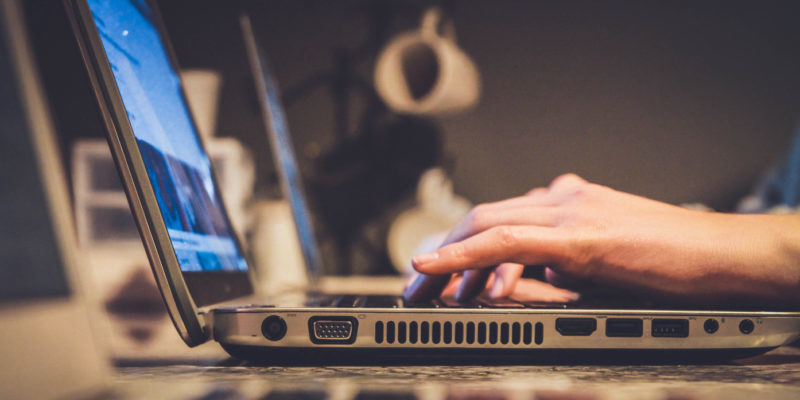 Together with a coalition of 25 organisations and companies, the European Federation of Journalists (EFJ) urged members of the European Parliament’s Civil Liberties, Justice and Home Affairs Committee (LIBE) to include strong procedural safeguards to protect journalists in the so called “e-evidence regulation”.

The EFJ had expressed concern several times in the past about the Commission’s proposal for a regulation on European Production and Preservation Orders for electronic evidence in criminal matters (known as ‘e-evidence regulation’) as it could pose a serious threat for freedom of the media, freedom of expression and freedom of information without robust safeguards.

The signatories emphasized that fundamental rights in cross-border law enforcement must be protected and to do so, explicit approval by the executing authority must therefore be mandatory before a production or preservation order can be executed, in order to prevent abuse.

As the European Parliament resumes its important political work in these times of pandemic, we are today writing to you to underline how concerns around the E-Evidence Regulation must continue to remain a priority during the ongoing negotiations. Whereas we recognise the importance of the E-Evidence proposal’s overall objective to adapt evidence gathering for the internet age and to speed up cross-border data access for criminal investigations, we believe strong safeguards need to be included in the procedural part of the draft Regulation to secure the respect of fundamental rights.

In this context, we, the undersigned professional associations, media organisations, civil society groups, social services organisations and technology companies, emphasise the crucial importance of actively involving judicial authorities from the executing State and, where applicable, the affected State when law enforcement authorities from one EU Member State act outside their own jurisdiction.

At a time in which respect for the rule of law and media freedom are increasingly challenged in several EU Member States, the LIBE position on E-Evidence must ensure the proper protection of fundamental rights in cross-border law enforcement and act as a counterweight to the highly problematic ‘direct cooperation’ proposals by the European Commission and the Council.

We therefore urge you to join forces across political groups and together ensure that the relevant authority in the executing Member State and, where applicable, in the affected State is required to review a production or preservation order based on their own national legal framework, and subsequently validate or reject the order before an online service provider can execute it.

Only a validation by the executing and affected Member States can prevent service providers from becoming the only safety net against abusive requests and breaches of fundamental rights and provide the necessary legal certainty to these companies. It is also a crucial requirement, without which the E-Evidence Regulation would not even qualify as a mutual recognition and judicial cooperation instrument in accordance with the legal basis set out in Article 82 TFEU.

Some LIBE Committee members have suggested that after a certain period of time without reaction from the executing authority (10 days, for example), the service provider should simply assume a green light. Such an “auto-execution” rule runs counter to the basic notion of mutual recognition and judicial cooperation and would fail to provide a guarantee that executing authorities assess and take a decision about requests before the deadline passes.

Given that many online service providers are currently clustered in a few Member States, whose law enforcement authorities are disproportionately affected by these requests, this is a very real risk. Explicit approval by the executing authority must therefore be mandatory before a production or preservation order can be executed. We note the protections set out in Article 10a of the draft compromise text, and consider those to be the minimum criteria against which such approval should be judged.

As Members of the Committee on Civil Liberties, Justice and Home Affairs this is your chance to take a stand for the protection of journalists, doctors, lawyers, social services providers and others against the risk of abuse of law enforcement powers as well as for the legal certainty necessary for affected companies—both now and in the future.

We thank you for your consideration and remain open to discuss this issue with you at a time of your convenience.