Ukraine: Call for action on 20th anniversary of murder of journalist Georgiy Gongadze 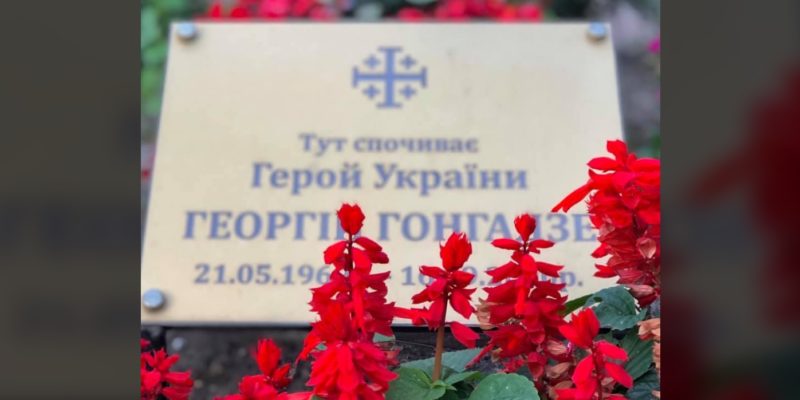 Georgiy’s murder is considered by many to be the most important crime against a journalist in the history of independent Ukraine because the state’s highest leaders were involved in it. Concretely, the leadership of the Ministry of Internal Affairs.

The perpetrator, Oleksiy Pukach, a former general and high-ranking official of the Ministry of Internal Affairs of Ukraine, is currently serving a jail sentence for his part in the killing. However, the masterminds of this crime are still free.

For many years, the International and European Federations of Journalists (IFJ and EFJ) have monitored this case and called on the Ukrainian authorities to thoroughly investigate this terrible crime and bring to court those behind it. The EFJ President Mogens Blicher Bjerregård and the former IFJ President and current Honorary Treasurer, Jim Boumelha, made several statements on this case. EFJ and IFJ affiliates have lobbied embassies and protested consistently over 20 years about the lack of action.

The anniversary of the murder of Georgiy Gongadze is marked every year in Ukraine. Georgiy’s death became a symbol of journalists’ sacrifice in the performance of their profession.

Every year, the National Union of Journalists of Ukraine (NUJU) and its regional offices hold events to honour his’ memory. This year, NUJU placed a memorial plaque on the outside of its central office in Kyiv. Journalists from all other regions hold commemorative events, lay flowers on killed colleagues’ graves, and organize memorials in their cities that are broadcast in special programmes on TV and radio.

President of NUJU Sergiy Tomilenko said: “The majority of journalists who are currently working in the media have grown up professionally and worked under the shadow of Georgy Gongadze. His fate is an indicator of how dangerous the journalistic profession is in Ukraine”.

IFJ General Secretary Anthony Bellanger noted: “It is shameful that we still have to struggle for basic rights such as journalists’ safety and justice for crimes against them. The journalistic community around the world needs to unite and fight together for their safety. To stop violence against journalists, we need to guarantee that no crime against journalists goes unpunished. We never forget the sacrifice of our colleagues like Georgiy.”.

The murder of Georgiy Gongadze is one of the 22 ongoing cases of impunity submitted to the Council of Europe Platform for the Protection of Journalism.