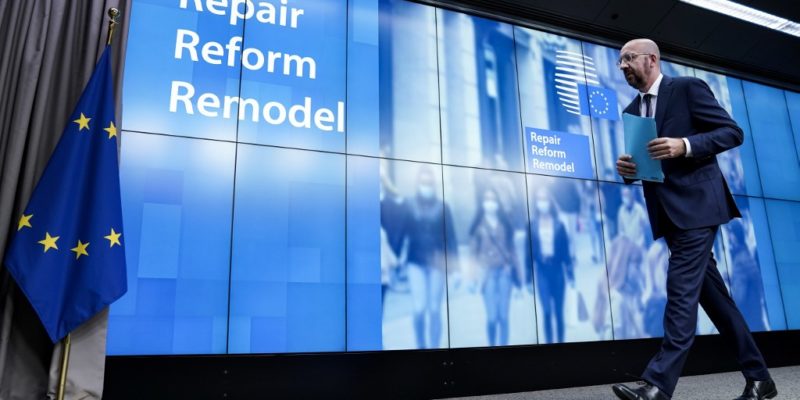 The European Federation of Journalists (EFJ) together with 16 press freedom, journalists, media literacy and media development organisations sent a letter to the German presidency of the Council of the European Union in light of the ongoing discussion on the EU budget and the Multiannual Financial Framework (MFF) for 2021-2027. The MMF covers the Creative Europe budget which includes support for independent media and journalism. The coalition likewise wrote to the European Parliament’s Budget Commission and to EU Commissioner Johannes Hahn responsible for Budget and Administration.

The MFF regulation is adopted under a special legislative procedure, which requires unanimity to secure a deal in the Council and the consent of the European Parliament to conclude the decision-making process.

Minister of State for Culture and Media Monika Grütters

We, a coalition of journalists’ federations, press freedom, media literacy, journalism support, and media development organisations, have closely followed the German Presidency’s work priorities in these difficult times with particular scrutiny on support for media freedom and pluralism, the rule of law, hate speech, and the fight against disinformation. We appreciate the commitment of Minister Grütters at the beginning of September in the European Parliament to ensure that managing the COVID-19 consequences for culture and media is a priority for the EU in the coming months.

In the context of the trilateral talks between the Council, the European Commission, and the European Parliament’s negotiators, we wish to draw your attention to two important issues not only for our sector but for the European democracies we wish to uphold or improve:

As you are certainly aware, due to the pandemic, the financial situation of the EU’s media sector has deteriorated with certainly unprecedented consequences.

This is a historic moment in Europe and we appreciate the Presidency’s efforts to set the EU’s path in the right direction.

We remain at your disposal for more information and expertise on media freedom in Europe.