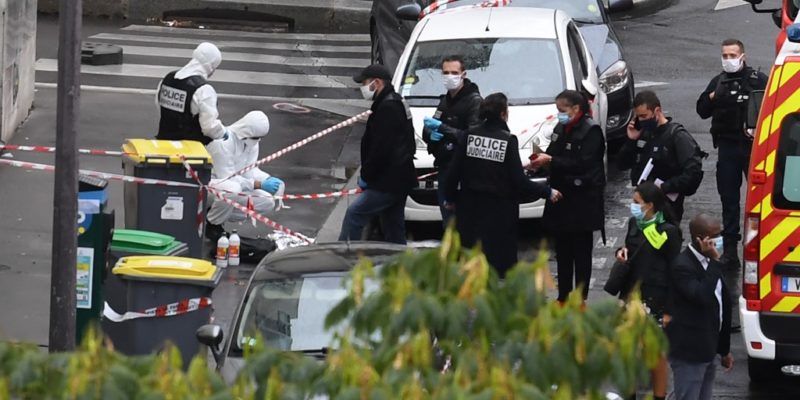 This Friday, late in the morning, a man armed with a knife attacked two people on the pavement, seriously injuring them, before fleeing, leaving the weapon on the spot. He was arrested at around 12.30 pm. An alleged accomplice was also intercepted by the police.

The two injured, a man and a woman, are staff members of Premières Lignes, a production company working notably for the programme “Cash Investigation” on the public channel France 2, and of Bocode Studios, a post-production company, whose premises are located in the same building as the former editorial office of “Charlie Hebdo”.

The French union of journalists SNJ expressed its solidarity with the victims, recalling its “total support for press freedom” and condemning this “unspeakable attack on freedom of expression”.

The SNJ-CGT also expressed its full support for the Première Lignes team. “This despicable act took place where our comrades from Charlie Hebdo fell. We also think of them.”

“We call on the French judicial authorities to establish as soon as possible whether the two men who were arrested after the attack were indeed intended to attack press freedom by targeting media workers and carrying out their attack near the former headquarters of “Charlie Hebdo”, while the trial of the January 2015 attacks is taking place at the special assize court in Paris,″ commented EFJ President Mogens Blicher Bjerregård. “Whatever the motive of the perpetrators, the EFJ condemns the attack on the two targeted media workers and expresses its full solidarity with the victims, their families and colleagues”.