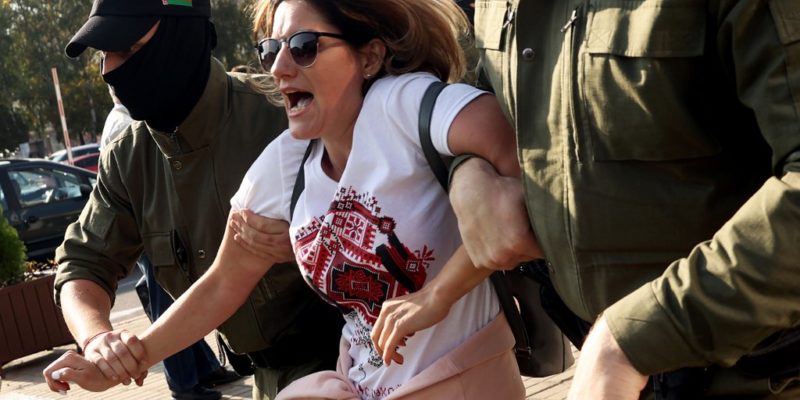 On Saturday and Sunday in Belarus, 15 journalists were arrested for covering protests against the presidential inauguration, electoral fraud and violence. Most of these journalists have been released, but 15 journalists are still in prison. The European Federation of Journalists (EFJ) demands their release.

On 26 and 27 September, 15 journalists covering mass demonstrations in Belarus were arrested in Minsk, Grodno and Mahilou. Most were released, but four of them, including Russian journalist Anastasia Alshanskaya, 26 years old, remain in prison. They join the list of eleven other journalists who were still in detention.

The EFJ joins its Belarusian affiliate, the Belarusian Association of Journalists (BAJ), in demanding the immediate release of these 15 journalists:

According to BAJ monitoring, since the fraudulent presidential elections of 9 August, 206 journalists have been detained in Belarus just for doing their job.

The EFJ and BAJ call on the OSCE and the European Union, which has not yet taken any sanctions, to punish those responsible for press freedom violations in Belarus.