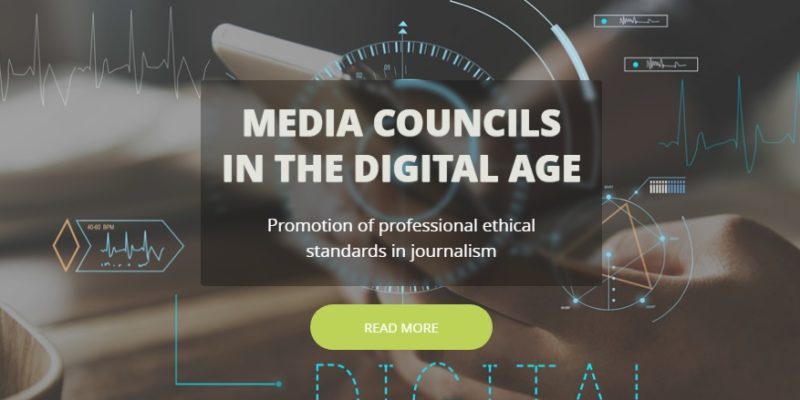 
Media Councils release for the first time a comprehensive overview of journalistic self-regulation in Europe. The study highlights the importance of media councils in promoting journalistic standards in a context of proliferation of online disinformation.

Independent media councils play an important role with regard to the respect of journalistic ethics. They offer journalists with guidance and tools for their daily work and give the public the opportunity to hold journalists and media to account through a fair complaints procedure.

The basic idea behind all media councils is the same: a truly independent media system requires self-regulation, for the simple reason that having government regulation would threaten the freedom of the press. Despite this identical starting point, however, media councils do differ in how they are organised, how their complaints procedures work, and in the ways in which they work to defend the freedom of the press. As part of the Media Councils in the Digital Age project, co-funded by the European Commission (DG CNECT), researcher Raymond Harder (Antwerp University) has conducted a comparative study of 28 media councils. In this study, he examines in what ways media councils are adapting to the ever-increasing digitisation of media and media use, how media councils are organised and financed, how they guarantee their independence, what their most important goals are, which services they offer to the public, and to what extent media councils have had any tangible impact in their respective regions.

The study was carried out under the supervision of the Flemish media council in Belgium. The Council’s Secretary-General Pieter Knapen emphasises the importance of the research: “Independent and truthful journalism is the best remedy for misinformation, and independent media councils help guarantee this. The comparative study aims to illustrate and explain the system of self-regulation by media councils. It can inspire existing media councils to exchange best practices and to further improve their operation. In countries where a media council does not yet exist, it can stimulate and inspire journalist associations and media companies to set up a media council, with the aim of journalism that can be held accountable without jeopardising freedom of the press”.

“Today’s media landscape poses all sorts of challenges to good journalistic practices.”, researcher Raymond Harder adds. “In this context, media councils can reiterate the standards that journalists should respect in their daily work. It is important that media councils keep adapting their practices and guidelines to the developments in the sector to help ensure that they stay relevant.”

“Journalists’ organisations have always supported the principle of self-regulation as an effective way of improving practice and restoring trust,” said Ricardo Gutiérrez, General Secretary of the European Federation of Journalists (EFJ). “We welcome the European Commission’s support for ethical and responsible journalism in the public interest.”

The results of the research can be consulted in an interactive database on the website. Researcher Raymond Harder also summarised the findings in a report, titled Media Councils in the Digital Age. An inquiry into the practices of media self-regulatory bodies in the media landscape of today. The report is available here.

The EU pilot project Media Councils in the Digital Age is implemented by the European Federation of Journalists (EFJ) together with the media councils in Austria (OP), Germany (TDP), Ireland (PCI), Belgium (RVDJ and CDJ), Finland (JSN) and two Universities, ULB in Belgium and Fundació Blanquerna (Universitat Ramon Llull) in Spain.