Russia: the shocking death of journalist Irina Slavina must be investigated 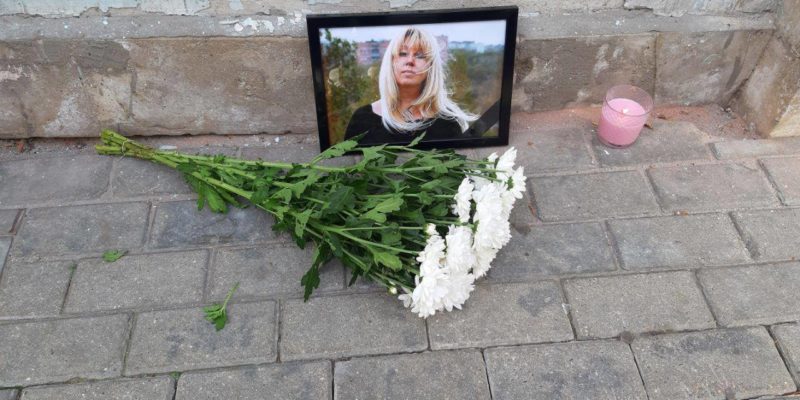 Russian news editor Irina Slavina has died after setting herself on fire in front of an interior ministry office in Nizhniy Novgorod (Russia), on Friday. She earlier wrote on Facebook: “I ask you to blame the Russian Federation for my death.” The European Federation of Journalists (EFJ) joins the Russian Union of Journalists (RUJ) and the Journalists’ and Media Workers’ Union (JMWU) in calling on Russian authorities to investigate Slavina’s self-immolation and death.

Irina Slavina, the editor-in-chief of Koza.Press news website, set fire to herself outside of the police headquarters in Nizhny Novgorod on Friday 2 October. She died at the scene from the resulting burns. She was 47 years old.

On Thursday 1 October, Irina Slavina reported police had searched her flat looking for materials related to the pro-democracy group Open Russia. She said 12 people had forced their way into her flat and seized flash drives, her laptop and her daughter’s laptop as well as phones belonging to both her and her husband.

On Friday 2 October, Slavina published a post on Facebook, which said “For my death, please blame the Russian Federation.”

Russia’s Investigative Committee confirmed that Irina Slavina, who leaves behind a husband and daughter, had died but denied any connection to a search of the journalist’s flat. The Nizhny Novgorod Investigative Committee Department said in a statement “she was a witness and was neither a suspect, nor the one accused in the criminal investigation.”

According to Meduza, “in 2019 and 2020 alone, Slavina received administrative convictions for her political position and journalistic activity several times — for example, she was fined 20,000 rubles (about $255) for attending a march commemorating opposition politician Boris Nemtsov in Nizhny Novgorod, 5,000 rubles ($64) for a Facebook post about the forum “Free People,” 70,000 rubles ($895) for a Facebook post about the unveiling of a memorial plaque honoring Stalin in the town of Shakhunya, and 65,000 rubles ($830) for an article about the head of a Sambo (a Soviet martial art) academy who, despite being sick with the coronavirus, came in contact with other people (the court believed the publication constituted deliberately spreading false information about the coronavirus).”

RUJ demanded “a comprehensive and objective investigation of the tragedy that occurred”.

JMWU accuses Russian authorities of persecuting independent journalists. The organisation demands an investigation into the responsibilities of those who incited Irina Slavina to commit suicide.

“This drama requires a thorough investigation,” reacted EFJ General Secretary Ricardo Gutiérrez. “The victim’s message is very clear. The Russian Investigative Committee cannot simply state that the suicide is not related to the pressure the journalist was under. If Irina was really only a witness in the Open Russia case, why did the authorities carry out such an intrusive search? What was the purpose of this forceful deployment? We demand clear answers.”