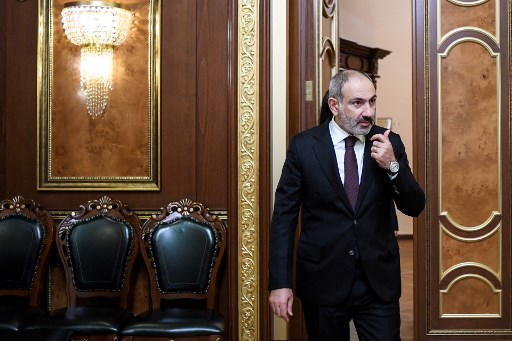 On 8 October, the Armenian authorities decided to amend the martial law declared on 27 September 2020, which from now on prohibits the publication of reports criticising the actions of the government, officials and local bodies. It also gives increased power to the police to give fines, freeze assets and request removal of content from media outlets. The European and International Federations of Journalists (EFJ/IFJ) joined its affiliate in Armenia in denouncing a blatant violation of media freedom in a context where non-partisan information is crucial.

The amendments refer in particular to the publication of reports “criticising”, “refuting actions of state and local self-government bodies and officials” in the framework of the martial law and state security, “questioning the effectiveness of those actions or depreciating them in any way”.

While the amendments were still to be voted on, Yerevan.Today reported that on 10 October, three police officers visited the editorial office to conduct administrative proceedings and give a fine of AMD 700,000 (1200€) for publishing an article considered as a “threat to the security of the state”.

In a letter sent on 12 October to the Human Rights Defender of the Republic of Armenia, the Union of Journalists of Armenia (UJA) criticised amendments that “not only obstruct the activities of the mass media, but also disproportionately restrict freedom of expression and deprive citizens of the right to express opinions and receive information on national security issues that are of great public interest,” said UJA President Satik Seyranyan.

Armenia and Azerbaijan declared martial law on 27 September after both sides reported heavy fighting in the disputed region of Nagorno-Karabakh. Several journalists were targeted by artillery fires – and in some cases injured – while covering the conflict despite visible “PRESS” badges on them and their vehicles. In addition, UJA recently reported that authorities of Azerbaijan are closely following reporters’ moves and request international media outlets to hold an accreditation to enter the conflict zone.

The EFJ reiterates its call on Azerbaijan and Armenia authorities to respect journalists’ freedom and safety and to prevent any act of violence against members of the media.