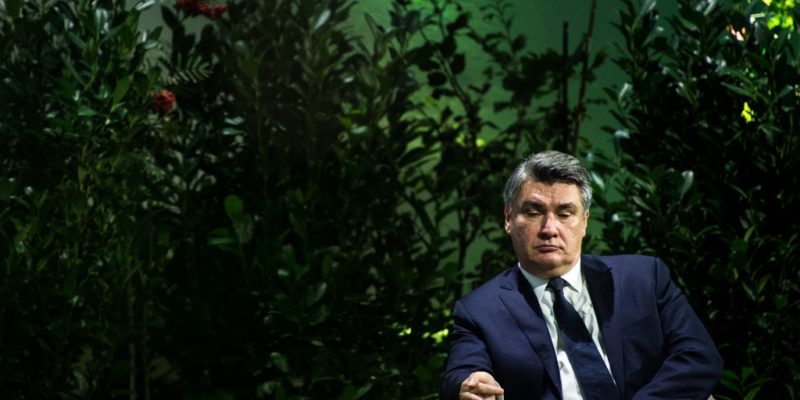 
Together with the Croatian Journalists’ Association (CJA) the European Federation of Journalists is urging the President of the Republic, Zoran Milanović, to stop calling out the media and journalists, which he has been doing intensively in recent days through posts on Facebook and interviews.

Milanović has been publicly insulting several media outlets, journalists as well as members of the opposition and a political anaylist in ad hominem attacks. The insults began after a major corruption scandal involving an oil pipeline company was revealed in September. Milanović admitted having gone to a secret club during the lockdown in March, where apparently illegal deals were made.

As the news was widely covered in the media, Milanović called out RTL TV and Jutarnji list and personally criticised the journalist Neven Barković from Index.hr after he published an article about the president. Milanović called journalist Barković an “atheist agitator” and added that he and many other publicly declared non-religious people considered this to be “stupid, harmful and even violent.”

In an interview on RTL TV, Milanović further said: “What journalists? The people who write at Index.hr are not journalists. Being a journalist used to be a compliment. Today, anyone who has a platform for shouting is a journalist.”

These attacks were strongly condemned by CJA in a statement reminding the president of his duty to protect freedom of opinion and expression.

CJA President Hrvoje Zovko stated: “We remind President Milanović that in his inaugural speech he said that the protection and promotion of the independence of the judiciary, media and science are the most important content of the constitutional formulation on the responsibility of the President for the stability of state power.”