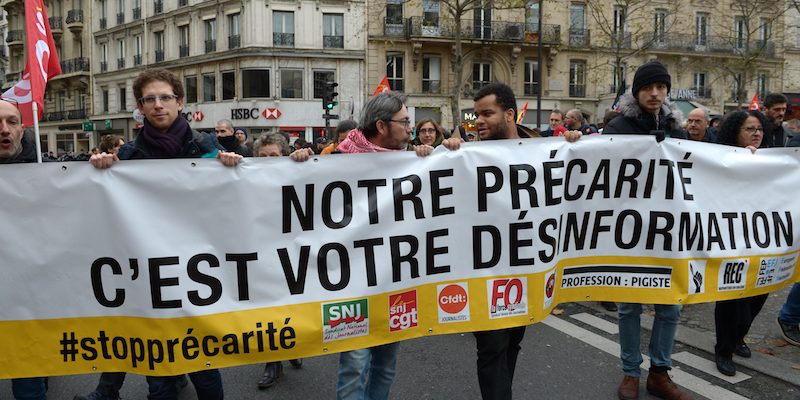 
Freelance journalists in France (called ‘Pigistes’ in French) will have better access to maternity and paternity leave, sick leave and disability allowance. The national health insurance office (CNAM) gave its green light on 7 October for more freelance journalists to benefit from social security daily allowances. The European Federation of Journalists (EFJ) joined its affiliates in France (SNJ, SNJ-CGT, CFDT-Journalistes) in welcoming this new step towards more fairness between journalists and the different types of remuneration.

Until now, ‘pigistes’ had to prove that they had earned at least 20,600€ (gross) in the last 12 months in order to be eligible for social security daily allowances. Because freelance journalists in France are paid for work rendered (for example for one article, one page or a radio/TV report), they could not justify the number of hours per month they spent on assignments. They were subject to a different calculation rule, with a threshold 3,4 times higher than that of other employees paid at the minimum wage.

Under the new system starting from 20 October 2020, the threshold will be significantly lowered:

“From now on, the conditions for the opening of rights applicable to freelance journalists are aligned with those applicable to hourly-paid employees,” explained the SNJ.