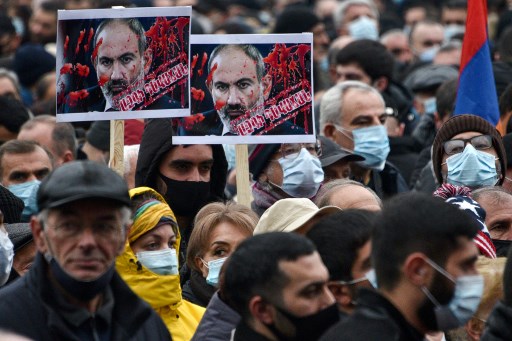 Police prevented the work of journalists and attempted to detain the cameraman Hayk Sukiasyan of Yerkir Media TV during a protest in Yerevan, on 1 December. The European Federation of Journalists (EFJ) joined its affiliate, the Union of Journalists of Armenia (UJA), in strongly condemning these incidents and urges the authorities to investigate the case.

Gegham Manukyan, director of the TV station’s political and media programs, said that the police had arrested Sukiasyan and put him in the car by force before being released shortly after. During the scuffle, a camera belonging to Yerkir Media was broken. A policeman said to journalists that the arrest was accidental.

According to the UJA, this incident shows the intolerant attitude of the authorities towards the press. Footages testify to the bold and intolerable attitudes of the police toward media representatives, which hindered the work of journalists.

“Especially in such force majeure situations as is currently prevailing in Armenia, the work of the media and journalists is even more important. The constitutional obligation of state institutions and all government bodies is to provide the necessary conditions for journalistic work. Journalists exercise society’s constitutional right to information, and any interference with the exercise of this right is an interference with the citizens of the Republic of Armenia,” stated UJA president Satik Seyranyan.

The protesters were calling on Armenian Prime Minister Nikol Pashinyan to resign over the peace agreement with Azerbaijan. This pact, mediated by Russia, was agreed upon after six weeks of fighting over the Nagorno-Karabakh region that resulted in 4,600 deaths. By signing the pact, Pashinyan ceded control of large parts of the disputed region. A series of protests has been organised since the agreement came into force on 10 November 2020.