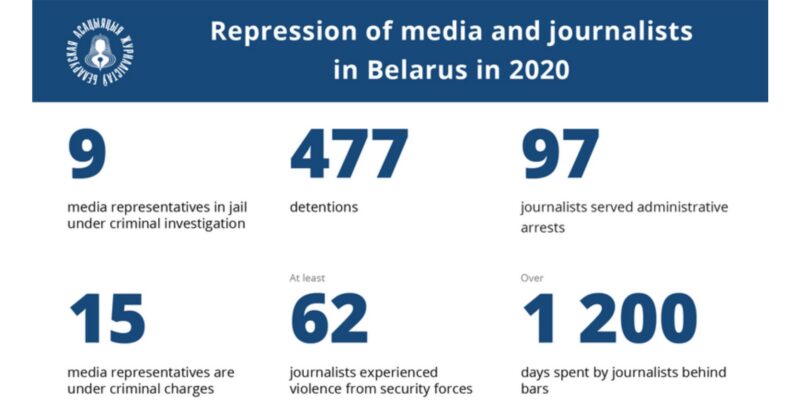 According to BAJ monitoring, here are the figures of the repression of media and journalists in Belarus in 2020:

“The repression of press freedom in Belarus is reaching peaks that require a stronger response from intergovernmental organizations,” said EFJ General Secretary Ricardo Gutiérrez. “We cannot abandon the Belarusian people. Those responsible for press repression must be punished more harshly and BAJ and human rights defenders in Belarus must be given more support.”

The EFJ demands the immediate release of the nine journalists still behind bars in Belarus: 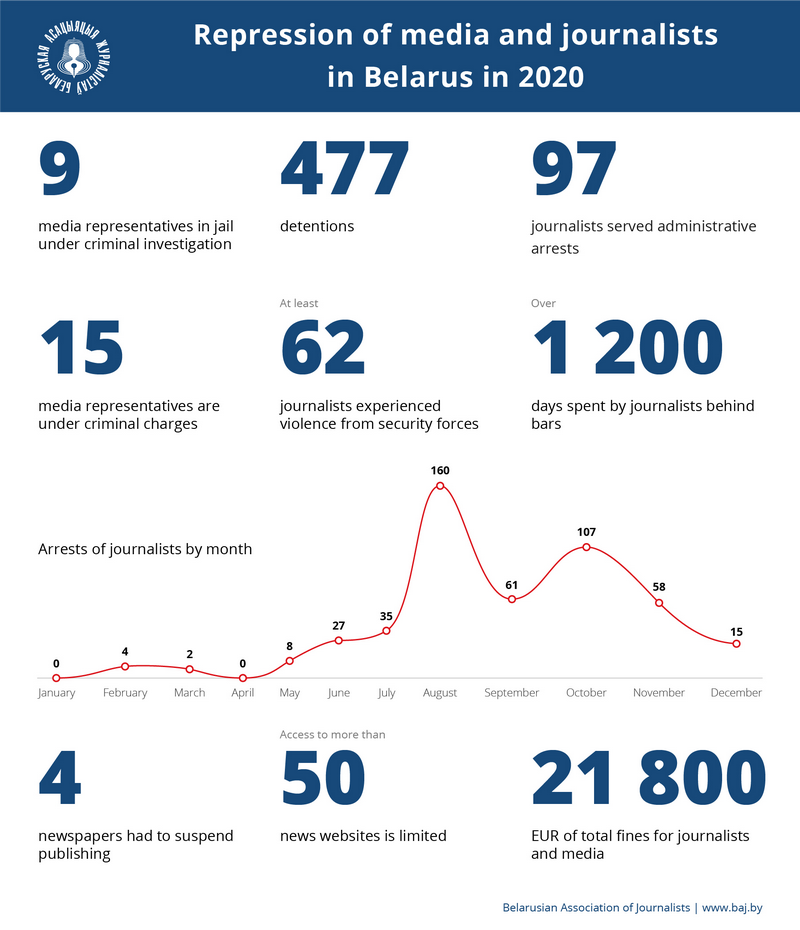