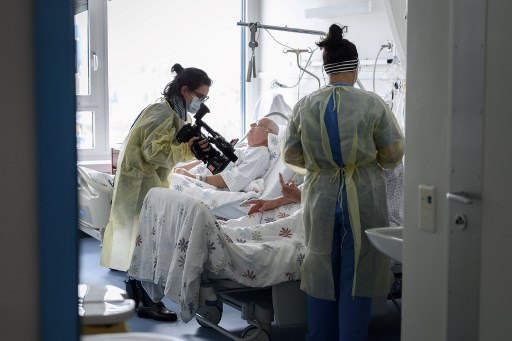 In Europe, Italy has taken the heaviest death toll with 40 confirmed victims in the year, followed by 17 in Turkey, 13 in Great Britain, 8 in Russia, 6 in Spain, and 5 in France. In particular freelance journalists and photographers are in the forefront. The PEC identified at least one death in other European countries such as Austria, Azerbaijan, Belgium, Bulgaria, Germany and Switzerland.

One of the fatalities is Italian journalist Livia Giustolisi, who was the engine behind the historic “Franco Giustolisi Justice and Freedom” award, a landmark of investigative journalism. The award was named after her father, who also was a passionate professional.

Journalists have been contending with the effects of the pandemic at the frontline since its initial outbreak. Regularly covering how it has affected the lives of people has taken a physical and mental toll on journalists, who are overwhelmed on the job while teleworking from home in isolation or exposed when in the field. They have also been deliberately targeted, suppressed and detained in an attempt to curb public criticism against governmental responses to the Covid-19 crisis.

As a result, they comprise a particularly vulnerable group facing disruptions from normal life rhythms while remaining responsible for providing life-saving public health updates, disseminating information and combatting disinformation on the virus.

“The real figures are certainly higher as the cause of journalists’ deaths is not always specified, and this rings an alarm bell,” said EFJ Director Renate Schroeder. “We need media owners to implement clear guidelines for journalists’ health and safety for both in- and outside the newsroom. This pandemic is by far not over yet.”

In best practice, this unprecedented trauma and stress call for a shift in culture to provide greater emotional and medical support to guarantee the safety of journalists amidst the pandemic even as the definition of the workplace has expanded. Safety measures such as raising awareness, capacity-building, and the UN plan of action on the  safety of journalists should be implemented by governments. The PEC also suggests that support should include granting journalists reporting onsite access to the Covid-19 vaccine upon request.