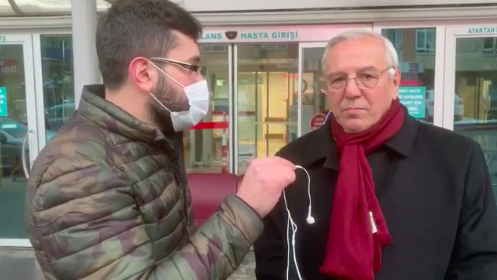 Screenshot of Yeniçağ interview with Orhan Uğuroğlu (right) after the attack

In a tweet, the Turkish Journalists Union strongly condemned the attacks and denounced the government’s absence of reaction: “Five journalists and media workers have been attacked in 15 days. There are no government convictions and no sanctions by the judiciary. This is intended to encourage the attackers.”

The five journalists are:

Within just 24 hours, two journalists critical of the government were attacked in front of their homes in Turkey’s capital:

The EFJ General Secretary Ricardo Gutiérrez said: “These acts of terror targeting journalists constitute intimidation that must be strongly condemned by Turkish public authorities. We call for a thorough judicial investigation to identify not only the perpetrators but also the instigators of these beatings.”