Germany: 252 attacks against media workers in 2020 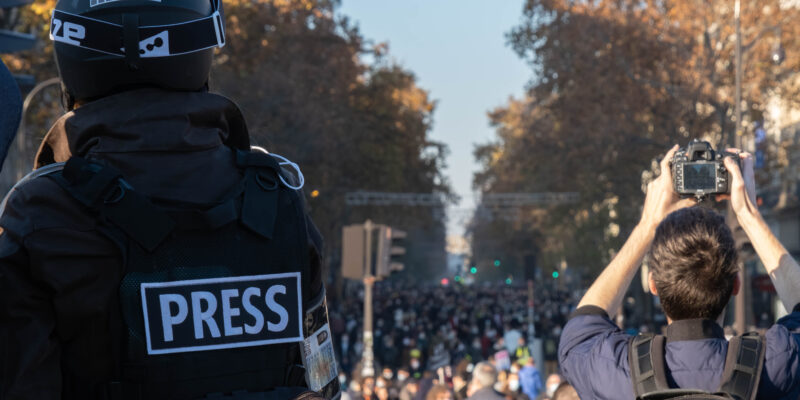 
In 2020, attacks against journalists in Germany more than doubled compared to previous years, according to the latest figure of the federal government. Demonstrations are considered as high-risk sites for journalists, and police officers were often unable to protect media professionals. The European Federation of Journalists and its German affiliates, the DJV and dju in ver.di, call for increased support and protection for media workers.

At the request of the Green parliamentary group, the federal government published official figures for the attacks on media workers in 2020. It recorded 252 incidents, among which 22 were physical injuries, 33 were damages to property, 4 were arson attacks and more than 29 were various threats, coercion, robbery, blackmailing and propaganda offences. The number of incidents has skyrocketed compared to the previous two years, which recorded 93 cases in 2018 and 104 in 2019.

“The situation is extremely worrying and needs to be dealt with urgently,” reacted dju in ver.di federal manager Monique Hofmann. The data is considered “shocking”, but “not surprising” as German unions have been observing this alarming trend.

These figures can largely be explained by the numerous violent demonstrations that took place in Germany in 2020 in protest against the Government’s response to the COVID-19 pandemic. As also documented by the Mapping Media Freedom platform, conspiracy theorists and far-right and extremist groups have been particularly hostile towards the press, showing little regard for the profession and a lack of trust in traditional journalism. A dim climax in the past year was the Querdenken demonstration in Leipzig on 7 November, where at least 43 journalists were prevented from carrying out their work by protesters and police officers.

DJV spokesperson Hendrik Zörner criticised the lack of action from the police forces who do not intervene sufficiently or at all. “Police officers are also there to enforce basic rights. And that includes Article 5 of the Constitution, freedom of the press and freedom of expression,” Zörner stated. Police officers were sometimes even obstructing journalistic work, for instance by not letting journalists enter certain areas. Hofmann believes that this is a concrete lever to start improving journalists’ working conditions:

“The interior ministries must take measures such as regular training in order to raise awareness among police forces about the problem. In December, we had a very constructive conversation with the Berlin Senator for the Interior. We agreed to improve our cooperation to make the work of journalists easier and safer, especially during demonstrations.”

In order to monitor the situation as closely as possible, the Report It platform was created to report attacks on journalists during the performance of their duties.