Russia: intimidation of journalists ahead of pro-Navalny protests 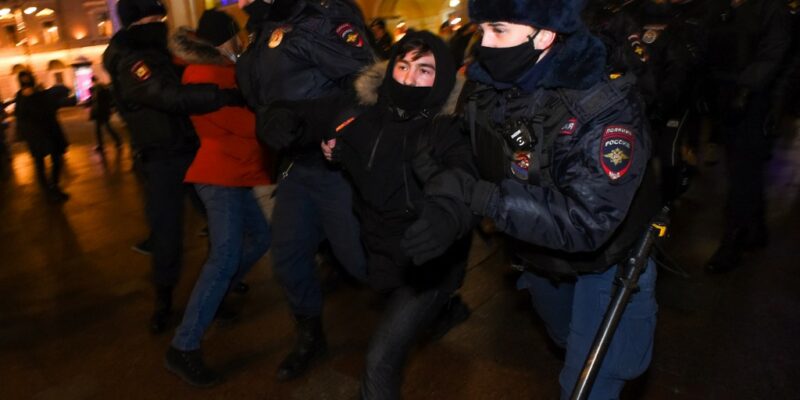 The European Federation of Journalists (EFJ) calls on the Russian authorities to respect press freedom and allow journalists to operate freely as they cover the mass demonstrations in support of jailed opposition leader Alexei Navalny, scheduled for Saturday 23 January.

Since 20 January, Russian police and the Russian media regulator have issued warnings to several journalists, as well as to news outlets and social media platforms, discouraging them from covering protests in support of Navalny.

The Russian Prosecutor’s Office announced on 21 January that police will be “focused on taking preventive measures, and if there are grounds – bringing the guilty persons to administrative responsibility.”

It also warned that internet traffic will be monitored to “restrict access to illegal information,” and that those found in breach “have been warned against breaking the law.”

Moscow police also called freelance journalist Anastasia Lotaryova on 21 January, and summoned her to the district police department for what police called a “prophylactic talk,” according to a Facebook post by the journalist.

Moscow police also attempted to hold such a talk on 21 January with Aleksandr Pluschev, anchor at the liberal radio station Ekho Moskvy, according to a report from the Russian Union of Journalists (RUJ).

On 21 January, police in Pskov went to the apartment of Svetlana Prokopyeva, a correspondent for the U.S. funded broadcaster Radio Free Europe/Radio Liberty, and attempted to give her a written warning encouraging her to stay away from the protests, she wrote on Facebook.

The Russian Journalists and Media Workers Trade Union (JMTU) believes that “the real purpose of these visits is nothing more than abuse, pressure and intimidation.” JMTU issued an official warning to law enforcement agencies about the inadmissibility of obstructing journalistic activities.

“We call on Russian law enforcement to respect the right of journalists to cover these demonstrations,” said EFJ President Mogens Blicher Bjerregård. “And we call on all journalists who may be targeted by restrictive measures to report them immediately to their professional organisations. The EFJ will report further press freedom violations to the Council of Europe”.