Russia: EFJ condemns the use of violence against journalists on Saturday 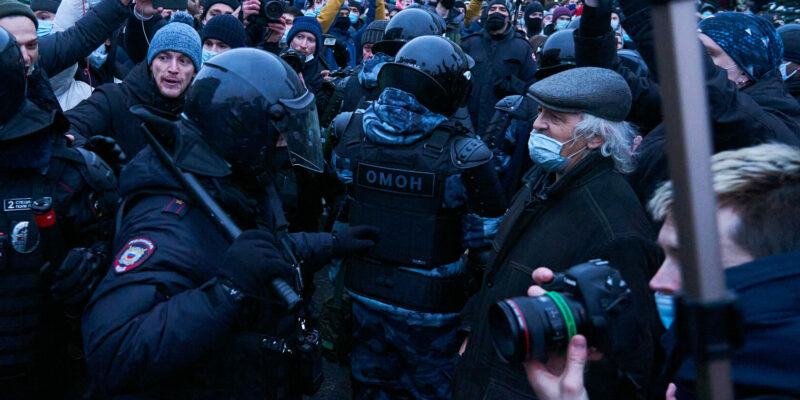 On Saturday, across Russia, tens of thousands of people defied a heavy police presence to join some of the largest rallies against President Vladimir Putin in years. OVD Info, an independent NGO that monitors rallies, said about 3,100 people had been detained, more than 1,200 of them in Moscow alone.

“The dozens of cases of detention and violence recorded by Russian journalists’ organisations on Saturday show that there is a deliberate crackdown on journalists covering these demonstrations in Russia,” said EFJ General Secretary Ricardo Gutiérrez. “The Russian authorities, who had already put pressure on journalists in the previous days, clearly tried to prevent journalists from covering these mass protests and police repression. We call on all repressed journalists to report any aggression or abusive detention, so that we denounce these violations of press freedom to the Council of Europe.”