International mission is assessing the state of media freedom in Serbia 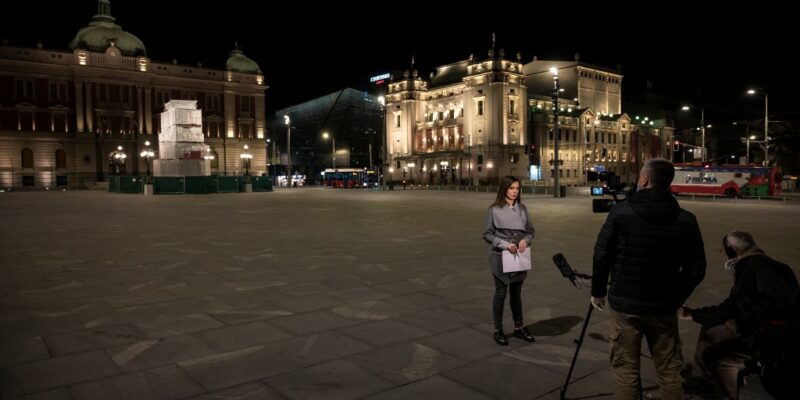 
An online international mission to assess the state of media freedom and the safety of journalists in Serbia is taking place from 28 January to 1 February 2021. The mission is led by ARTICLE 19 as part of the Media Freedom Rapid Response (MFRR), which monitors, tracks and responds to violations of press freedom and threats against journalists and media workers in European Union Member States and Candidate Countries. The mission is organised in partnership with the Independent Journalists’ Association of Serbia (NUNS), one of the affiliates of the European Federation of Journalists (EFJ) in Serbia.

The MFRR partners, including the EFJ, and NUNS will meet virtually with key stakeholders in the framework of media freedom in Serbia, including representatives from journalists and media associations, the Standing Working Group on Safety of Journalists, a selected group of Serbian journalists who have been targets of legal, physical or verbal threats or harassment, the Serbian Ombudsman, officials from the Serbian Government and representatives of international organisations.

The mission partners expect to build a comprehensive picture of the situation of media freedom and safety of journalists in the country; preliminary findings from the MFRR monitoring identified verbal and physical harassment, threats against journalists during protests, attacks from police, and tax investigations as the most recurrent obstacles to journalists’ safety and media freedom in Serbia, especially since the start of the COVID-19 pandemic. The MFRR will publish a follow-up report with the full account of the discussions and with a key set of recommendations to dedicated bodies to improve compliance with international press freedom standards.

Sarah Clarke, Head of Europe and Central Asia at ARTICLE 19, an organisation defending freedom of expression worldwide, said: “We very much look forward to having the opportunity to meet with Serbian journalists, civil society, institutions, government representatives and international missions in Serbia. ARTICLE 19 has long advocated for the need to increase protection of Serbian journalists from physical and online threats and harassment to preserve their safety and the independence of their work. Since the start of the COVID-19 pandemic, the Mapping Media Freedom has published 37 alerts on cases of journalists in Serbia being attacked or intimidated as a result of their work, adding to an already precarious situation for independent media workers in the country. We hope this advocacy mission will represent a platform to engage with relevant authorities so as to increase journalists’ ability to carry out their work without fear of intimidation and in a safe environment.”

This statement is part of the Media Freedom Rapid Response (MFRR), a Europe-wide mechanism, which tracks, monitors and responds to violations of press and media freedom in EU Member States and Candidate Countries. This project, co-funded by the European Commission, provides legal and practical support, public advocacy and information to protect journalists and media workers. The MFRR is organised by a consortium led by the European Centre for Press and Media Freedom (ECPMF) including ARTICLE 19, the European Federation of Journalists (EFJ), Free Press Unlimited (FPU), the Institute for Applied Informatics at the University of Leipzig (InfAI), International Press Institute (IPI) and CCI/Osservatorio Balcani e Caucaso Transeuropa (OBCT).