Violence against journalists intensifies in Russia 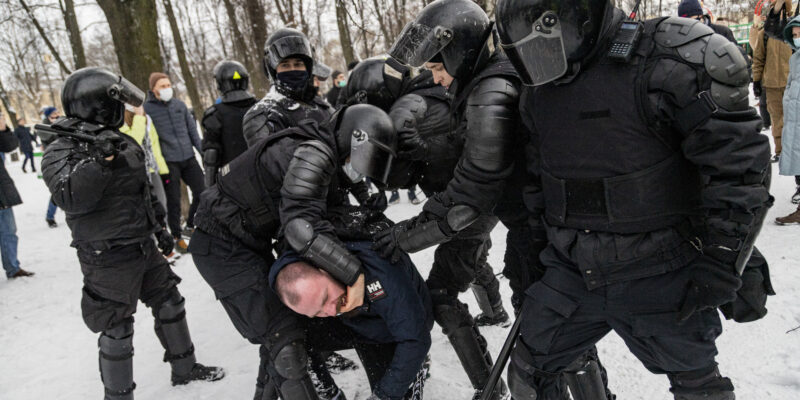 UPDATE 02/02/2021: Supporters of Alexei Navalny rallied in Moscow and St. Petersburg after a court sentenced the Kremlin critic to prison, on 2 February. Police detained 23 journalists, mainly in Moscow.

On Sunday, tens of thousands took to the streets across Russia to show support for the jailed opposition leader Aleksei Navalny. By late Sunday evening, more than 5,000 people had been detained in at least 85 cities across Russia, according to OVD Info, an independent NGO that monitors rallies.

“Overall, we saw twice as many violations of media freedom this Sunday as the previous weekend. The repression is intensifying, even if the acts of violence remain limited,” commented the EFJ General Secretary Ricardo Gutiérrez. “The journalists covering these demonstrations were clearly identified. We call on the Russian authorities to protect these journalists rather than intimidate or prevent them from working.”

IFJ Secretary General, Anthony Bellanger, said: “We are shocked by this outrageous crackdown on the press. The Russian government must let our colleagues report safely on matters that are in the public interest. Journalism is not a crime. ”