The Belarusian Association of Journalists is under attack 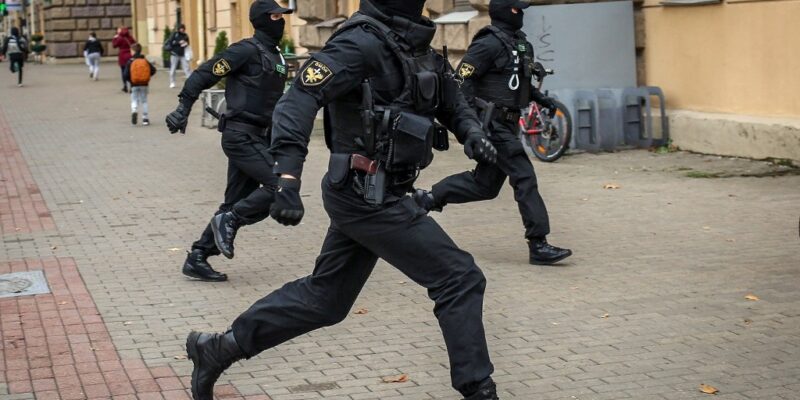 Early in the morning of 16 February, BAJ press secretary Barys Haretski was briefly detained by Belarusian security forces. BAJ’s lawyer Aleh Aheyeu and BAJ’s president Andrei Bastunets were also detained to witness the search of BAJ’s offices. Other searches and raids were under way Tuesday morning at the homes and offices of journalists and human rights activists in various cities across the country. The police sealed BAJ’s premises and seized the list of members.

These police operations target several organisations that position themselves as human rights organisations. These prosecutions are carried out on the basis of Article 342 of the Criminal Code, for “organising and preparing actions that seriously violate public order”. The investigators are trying to identify the sources of funding for the mass demonstrations organised in the country to contest the outcome of the fraudulent elections of 9 August 2020.

EFJ and IFJ call on the OSCE, the Council of Europe and the European Union to take action in order to restore the rule of law in Belarus.

“For weeks we have been denouncing the intensified repression of democratic forces in Belarus. After administrative and criminal proceedings against journalists, the Belarusian dictatorship is now attacking the representative organisation of journalists. It is high time for the international community to finally take action to put an end to the abuses of illegitimate President Lukashenko,” said EFJ President Mogens Blicher Bjerregård.

IFJ President, Younes Mjahed, said: “This targeting against Belarusian journalists must stop immediately. We strongly condemn this outrageous act of violence and repression and demand Lukashenko’s government to stop the harassment against our colleagues. We also call international organisations to take more severe measures in order to limitate its actions against media workers”.

Eleven journalists are still behind bars in Belarus, just for doing their job:

Search at BAJ office is over. Doors are sealed. Equipment, membership forms and other documents have been seized. Andrei Bastunets has no procedural status so far and is free. #belarus #PressFreedom https://t.co/CUB62syocY pic.twitter.com/CR79TzyrcX