Our letter to Charles Michel: time for EU Member States to act to protect journalists 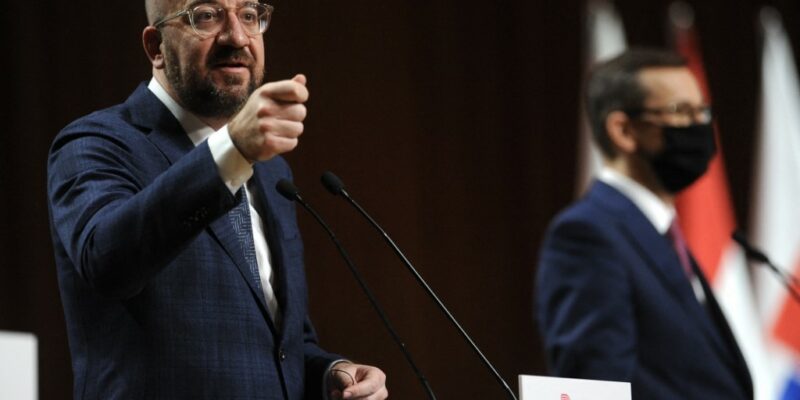 
The European Federation of Journalists (EFJ) joined partners of the Media Freedom Rapid Response (MFRR) in expressing serious concern about the sharp decline in freedom of the press in the European Union. We sent a letter today to the President of the European Council, Charles Michel:

2020 was an unfortunate record year: MFRR recorded 245 alerts (with 873 attacked persons or entities related to media) in 22 EU Member States, and the Council of Europe Platform for the Protection of Journalism recorded 115 media freedom violations in 27 EU Member States (the highest level since 2015).

According to MFRR data, nearly one in four incidents (23.7%) resulted in journalists and media workers being physically attacked. In more than every tenth incident (11.4%) media workers were injured.

In particular, incidents during protests have become a serious issue. 72 MFRR alerts, involving 163 affected journalists, media workers or entities, in 11 countries took place during demonstrations. Such incidents happened across the European Union, from an attack on the camera crew of Germany’s public service broadcaster ARD in Berlin to French journalists obstructed in the exercise of their profession by the police, when Yellow Vests resumed their demonstrations in several French cities.

Journalists, and the values they represent, continue to be targets as demonstrated by the attacks against journalists close to the former buildings of Charlie Hebdo.

Increased online violence, sometimes coming from political leaders themselves, can transform into offline violence. This was also sadly demonstrated by the events at the US Capitol on 6 January 2021 where journalists were also threatened and their equipment destroyed. The words “Murder the media” were scratched into a door of the Capitol. (https://www.nytimes.com/2021/01/06/business/media/media-murder-capitol-building.html)

The EU is not immune and has been profoundly shaken by a series of dramatic events, including the murders of journalists Daphne Caruana Galizia (2017) and Jan Kuciak (2018).

European leaders should not wait for another murder before acting decisively. This is also crucial to set a much needed worldwide example.

We warmly welcome that the European Commission included a Recommendation on the safety of journalists in its European Democracy Action Plan.

However for this initiative to succeed, it requires the strong support and commitment of Member States at the highest level.

The Recommendation should also contribute to the right implementation of the Council of Europe’s standards – which are still non applied in several Member States.

It should lead to a deeper dialogue between national authorities and associations of journalists and media freedom organisations, so that measures to protect journalist support and do not hinder their work.

In particular European leaders, including Slovenia’s prime minister Janez Janša, must make it clear that there is no place in the Union for politicians that stoke the flames of intolerance of independent and critical journalism. Such intolerance seeks to delegitimize journalism and creates a dangerous atmosphere in which hostility and violence against journalists breeds.

The COVID-19 pandemic has underlined the essential role of journalists in times of crises and the surge in demand for reliable information. It has also placed them and the media under unprecedented pressure and exposure to physical harm. It is more important than ever to act.

We are grateful for your commitment to media freedom and pluralism, rights and values which has been seen as part of the negotiations on the next multiannual financial framework.

We rely once again on your support in order to create a safer and better environment for journalists to do their work.

Thank you for your consideration.

Portuguese Presidency of the Council of the European Union