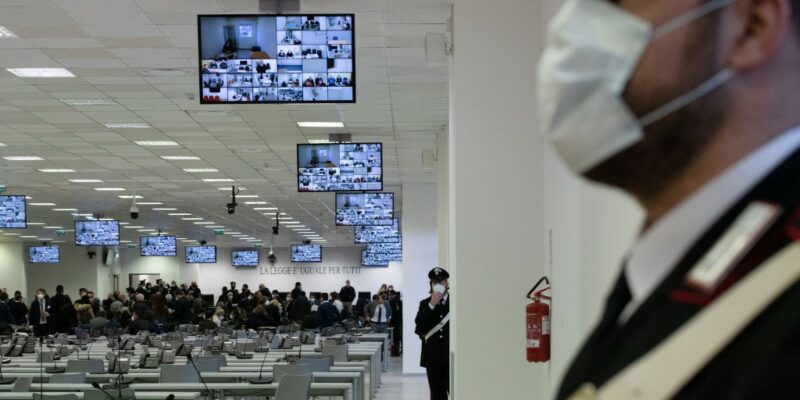 Italy’s largest mafia trial in three decades has begun, following a four-year long investigation into the Calabrian organised crime syndicate ‘Ndrangheta and its alleged affiliates networks, in Italy and abroad. The European Federation of Journalists (EFJ), the Italian Federation of Journalists’ unions (FNSI) and the Union of RAI journalists (USIGRai) condemned the decision of judges to ban cameras from their courtroom.

Not allowing video recordings of Court proceedings means denying a pillar of the story. It also means preventing the construction of the memory of a historical fact for Italy and Europe. This is what is happening in the “Rinascita Scott” trial of the ‘Ndrangheta.

The trial began on 13 January in the Calabrian city of Lamezia Terme: 355 individuals, including politicians and officials, were ordered to stand trial upon request of the Calabrian District Anti-mafia Directorate (DDA) on various allegations, including mafia association, murder, extortion, loan sharking, drug trafficking, abuse of office, and money laundering.

This trial does not only concern Italy, but the whole of Europe, given also the infiltrations in other countries. These proceedings will give the opportunity to uncover some of the ‘Ndrangheta’s many ways to infiltrate into politics, the judicial system, and the financial world. For these reason, the trial has attracted the attention of European journalists. But the decision to prevent the resumption of the hearings severely restricts the journalists’ right to report.

The EFJ, FNSI and USIGRai are calling for the ban to be lifted. Journalists should be allowed to do their job fully and without restrictions, in the interest of European citizens to be informed.

“We fully support the legitimate demand of the FNSI and USIGRai,” said EFJ General Secretary Ricardo Gutiérrez. “The journalists were prepared to compromise by delegating the recording of sound and images to a single team of journalists who would have provided the recordings to all media. We call on the Italian judiciary to reconsider its position and allow the debates to be public.”