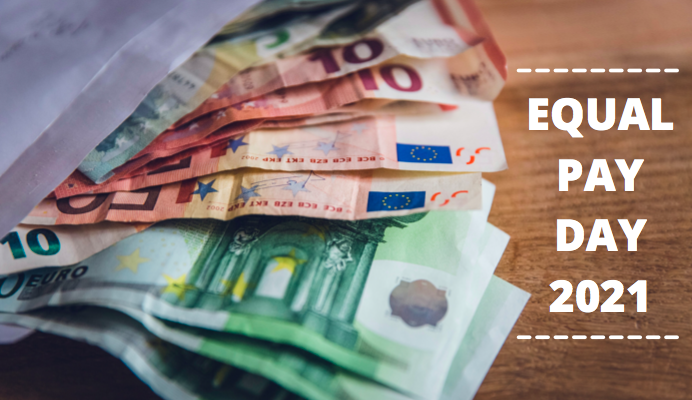 The European Journalists Federation (EFJ) welcomes the recent initiative of the European Commission for fairer pay. This day stands for the moment up to which women technically work for free compared to men. Different EU countries have their own Equal Pay Day and today in Germany, this day is on 10 March.

“It is simply unacceptable that in only three EU countries the pay of women to their male colleagues is below 5%, while in other countries such as Germany, Austria and Estonia, wage differences of 19% to 21%  are still the case,” explains Andrea Roth, chair of the Labour Rights Expert Group (LAREG) in the EFJ.

The initiative of Věra Jourová, Vice-President of the Commission and  EU Commissioer for Values and Transparency, is a step in the right direction, according to LAREG. In the future, companies with more than 250 employees should disclose such differences annually on the Internet and the claim for compensation should be extended indefinitely if women were disadvantaged. Good examples of such an approach are France and Switzerland, where “naming” and “shaming” are implemented by law.

The EFJ demands that the same pay for journalists and media representatives must be the same. So there would be no difference in pay for the same work in the media between towns and countries. This affects both women and men. Often this is due to a lack of nationwide collective agreements.