Anna Júlia Donáth is a Hungarian MEP sitting in the European Parliament’s Civil Liberties, Justice and Home Affairs as well as the Employment and Social Affairs Committees. She studied sociology at the Eötvös Loránd University in Budapest, and migration and ethnic studies at the University of Amsterdam. After studies she worked in the civil sector in Hungary. A founding member of the Momentum Movement, she was vice-president of the party for two years. In 2018 during a protest she was taken by the police and became a symbol of the fight for fundamental rights in Hungary. In the European Parliament, she focuses mainly on issues linked to the rule of law, non-discrimination, the integration of people with Romani background, shrinking civic space and media freedom.

Ramona Strugariu is a Member of the European Parliament elected in Romania in 2019 and is affiliated to the Renew Europe Group. She is a member of the Committee on Civil Liberties, Justice and Home affairs and a substitute in the Committee on Budgetary Control, as well as a Vice-chair of the Delegation to the EU-Moldova Association Parliamentary Committee. Ms. Strugariu is a founder and a co-chair of the Media Working Group in the European Parliament. She studied Law at the University ‘Al. I. Cuza’ from Iași, Romania, where she also obtained her Master degree in European Law. After working as legal adviser and playing an active role in civil society organisations, she came to Brussels where she worked as an adviser in the European Parliament for several years

Moderator: Renate Schroeder is the Director of the European Federation of Journalists (EFJ) where she has worked since 2003. In 1993, Renate started working for the International Federation of Journalists (IFJ). Advocacy at EU and Council of Europe level; presentation of EFJ at international meetings and fact-finding media freedom missions; project work, communication and assistance in several EFJ expert groups including on freelancers, broadcasting  media literacy and digital journalism, are part of her work-load in the small dynamic Brussels office.

Dr Václav Štětka is Senior Lecturer in Communication and Media Studies at the School of Social Sciences and Humanities, Loughborough University, where he has been working since 2016. Having started his academic career at Masaryk University in Brno, the Czech Republic, he was a Senior Research Fellow at the University of Oxford between 2009-2013. Between 2013-2016 he was leader of the Political Communication Research Group (PolCoRe) at Charles University in Prague. His research interests encompass political communication and the role of new media, media systems in Central and Eastern Europe, media ownership and journalistic autonomy. Václav has since 2016 been Vice-Chair of the Political Communication Section of ECREA. He is currently an active member and contributor to several international research projects and networks, including the Digital News Report (Oxford University), Media Pluralism Monitor (European University Institute in Florence), or the Network of European Political Communication Scholars (NEPOCS). Since 2019 he has been Principle Investigator of the ESRC-funded project “The Illiberal Turn: News Consumption, Political Polarization and Democracy in Central and Eastern Europe” (https://www.illiberal-turn.eu/). 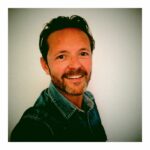 Marc Gruber is currently working as an independent media expert for various organisations including the Council of Europe and has worked at the Brussels-based secretariat of the International/European Federation of Journalists between 2001 and 2014. He dealt with European media policies in relation with the EU institutions, the Council of Europe and the member unions of the EFJ across the continent, with a particular focus on Eastern Europe. In 2015-2017 he was Head of Communication and press relations at the Eurodistrict Strasbourg-Ortenau, a Franco-German cooperation organisation based in Strasbourg. He also worked as a freelance journalist in 2014-2015.

Maja Sever, journalist and editor at Croatian Radiotelevision (HRT). She began her career in a program for the young, but soon became a war reporter. She has been working in many news productions, probably she’s best known as editor of Hrvatska uživo, afternoon news magazine. She was named Journalist of the Year by the professional association. She believes public broadcasters have a very important role in a post-modern, Internet society. She is president of the Trade Union of Journalists of Croatia, an active member of the Association of Journalists, and member of an expert group for labor rights of the European Federation of Journalists.

Andrey Rikhter (Andrei Richter) is Senior Adviser at the OSCE Office of the Representative on Freedom of the Media. Richter holds university degrees in law, journalism and foreign languages, a doctorate in Russia and habilitated professorship in media studies from Slovakia. He has authored more than 250 publications on media law and policy in Russian, English, Albanian, Armenian, Azeri, Bosnian, Croat, German, French, Serbian, Slovak, Tajik, and Ukrainian, including the only standard media law textbook for journalism students in the Russian Federation (2002, 2009, 2016), a textbook on international standards of media regulation (2011), a textbook on online media law (2014), and a book on censorship and freedom of the media in post-Soviet countries, published by UNESCO (2007). Dr Richter sits on the editorial boards of a number of international journals on communications and the media. Andrei Richter was a long-time professor at the School of Journalism, Lomonosov Moscow State University, where he chaired a department in media law and history. He also served as a commissioner at the International Commission of Jurists and the Chair of the Law Section of the International Association for Media and Communication Research.

Volha Siakhovich is a Belarusian lawyer, human rights activist and writer. She specialises in media and freedom of expression issues. Since 2013, she has been working with the Belarusian Association of Journalists (BAJ), the EFJ affiliate in Belarus

Mustafa Kuleli, the General Secretary of the Journalists’ Union of Turkey (TGS), was elected seven years ago as the youngest labour union head. At the age of 28, he successfully launched a communication campaign to reestablish the image of TGS and to rejuvenate the union, to make it more attractive among young journalists. In 2019, The European Federation of Journalists (EFJ) has elected Kuleli to its Steering Committee.

Sergiy Tomilenko is the elected president of the National Union of Journalists of Ukraine (NUJU), the largest journalists’ organisation in Ukraine. Born in Cherkasy, Ukraine, in 1976, he studied Mathematics, then Journalism. Having worked as a journalist and an editor-in-chief, since 1998, in regional newspapers and news agencies. In 2006, he was elected as the head of the regional branch of NUJU. In 2012, he became the first deputy of the President of the NUJU. After the Revolution in Ukraine in 2014, he was the acting President of NUJU. He was elected president of NUJU in 2017.

Gregor Kucera has worked in journalism since 1998. First, at Der Standard, the first German-language daily newspaper on the Internet, in the online editorial department, then both online and in print. Since 2011, at the Wiener Zeitung, the oldest still existing daily newspaper in the world. From its beginning, he has also been active in the Journalists Union GPA-djp and as a council and editorial board member. 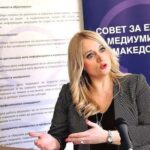 Marina Tuneva, PhD, is an Executive Director of the Council of Media Ethics of Macedonia as of January 2015. She also holds a position as an Assistant Professor at the Institute for Communication Studies in Skopje. Tuneva authored several books and publications, among which “International actors, the conflict in Macedonia in 2001 and the peace journalism”, “Guidelines for inclusive reporting about the pandemic”, “Guidelines for safe and professional reporting on the coronavirus“, “Public relations and interculturalism”, “Media, citizens and intercultural Communication”, “Diversity reporting handbook”, “Introduction to public relations”, etc. 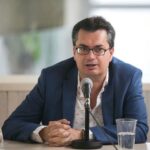 Joan Barata is Intermediary Liability Fellow at the Program on Platform Regulation of the Stanford Cyber Policy Center and member of PDLI in Spain He works on freedom of expression, media regulation and intermediary liability issues. He teaches at various universities in different parts of the world and has published a large number of articles and books on these subjects, both in academic and popular press. His work has taken him in most regions of the world, and he is regularly involved in projects with international organizations such as UNESCO, the Council of Europe, the Organization of American States or the Organization for Security and Cooperation in Europe, where was the principal advisor to the Representative on Media Freedom. Joan Barata also has experience as a regulator, as he held the position of Secretary General of the Audiovisual Council of Catalonia in Spain and was member of the Permanent Secretariat of the Mediterranean Network of Regulatory Authorities 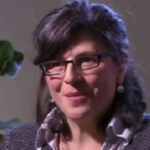 Elda Brogi, EUI Professor (part-time) and Centre for Media Pluralism and Freedom Scientific coordinator. Member of the Executive Board of EDMO, European Digital Media Observatory. Within EDMO she coordinates the area “Policy research and analysis”. She holds a degree in Law (University of Florence), a Ph.D. in Public Law and Constitutional Law (University La Sapienza, Rome). She teaches Communication Law at the University of Florence. Member of the MSI-REF Committee of Experts on Media Environment and Reform at the Council of Europe and, within it, co-rapporteur for the Draft recommendation on electoral communication and media coverage of election campaigns. She has recently served as a member of other expert committees at the Council of Europe: the Committee of experts on media pluralism and transparency of media ownership (MSI-MED) in 2016-2017 and the Committee of experts on protection of journalism and safety of journalists (MSI-JO) in 2014-2015. Member of the Advisory council for the 2017 “World Trends in Freedom of Expression and Media Development” Report, UNESCO.

Roberta Carlini is research associate at Centre for Media Pluralism and Media Freedom (CMPF), at the Schuman Centre of the European University Institute, where she contributes to the Media Pluralism Monitor covering the Market Plurality area. Roberta joined the CMPF in 2019, after a career as journalist. Roberta graduated in Public Finance at the University of Rome La Sapienza Law Department, and holds a postgraduate degree at the National Research Council (CNR) for a Research project in Institutional Economics. As a journalist, she covered economic, social and political topics for italian leading newspapers and radio, (L’Espresso, Internazionale, Rai-Radio Tre); she has been appointed in leading positions in several newspapers. She co-founded inGenere.it (a web-magazine disseminating knowledge and expertise on Gender and Economics), and sbilanciamoci.info (a website about: “Economy as it is, and as it could be”). She is a consultant for Fondazione Giacomo Brodolini; in 2018 she contributed to an international project on Media and Democracy for Bertelsmann Foundation and Fondazione Brodolini.  As an essayist, she has written several books, most recently “Come siamo cambiati. Gli italiani e la crisi” (Laterza, 2015).