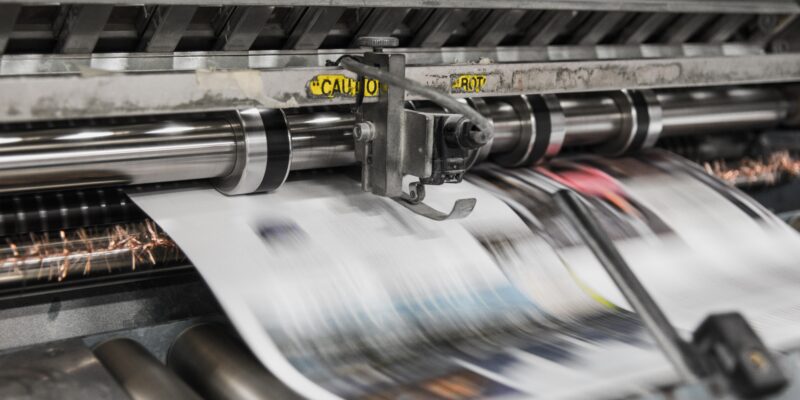 
The world’s oldest daily newspaper still in publication, Austria’s Wiener Zeitung, is facing possible closure of its print edition as the government’s plans to remove mandatory public advertisements of companies have become clearer. The European Federation of Journalists (EFJ) joined its Austrian affiliates, the Austrian Press Union (GPA) and younion_Die Daseinsgewerkschaft, in urging the federal government to propose an alternative plan to finance Wiener Zeitung in order to avoid job losses and further deterioration of media pluralism.

The plans announced by the Austrian People’s Party (ÖVP) and Greens coalition are by no means new. The mandatory public advertisements of companies in Wiener Zeitung’s official gazette have been discussed and criticised for some time. Such advertisements include announcements of companies’ establishments or terminations, the publication of annual financial statements or invitations to general meetings. Now, with the implementation of the EU directive – expected to come into force in January 2022– on the “use of digital tools and procedures in company law”, the state-owned newspaper would lose this income, which constitutes three quarters of the funding for its print version.

Such substantial removal would leave the historical Wiener Zeitung without a sustainable funding model. So far, the government only alluded to plans to create a “new business model for the Wiener Zeitung with the aim of maintaining the brand”. However, details of how this massive loss of revenue should be compensated for have not been disclosed. The continuation of the print version is impossible without compensation.

Eike-Clemens Kullmann, President of the Austrian Press Union (GPA), reacted: “The Wiener Zeitung is one of the outstanding quality products on the domestic media market. Its closure would be an irretrievable loss for the democratic-political discourse in Austria.”

Together with the Austrian journalists’ unions, the EFJ urged the federal government to fulfil its responsibility to ensure the continuation of the state-owned Wiener Zeitung. Clear, alternative plans must be put forward to bring certainty. The team of around 60 journalists is facing potential job losses.

In addition, threats to the newspaper’s existence would deteriorate further media pluralism in the country, a worrying situation already pointed out in the latest “Media Pluralism Monitor” given the very high concentration of media ownership.

Ricardo Gutiérrez, the General Secretary of the EFJ, stated: “It is high time for the Austrian authorities to reform the system of public support for the press to preserve a minimum of media pluralism in the country. Preference should be given to media that invest in human resources of their newsroom and in the quality of their editorial content. Further, media that guarantee the independence of their journalists and are affiliated to the Austrian Press Council should be prioritised.”

In a solidarity campaign to support Wiener Zeitung, the Austrian Press Union has called on its members to sign the petition “Let’s save Wiener Zeitung from closure”. The full letter, which is addressed to Chancellor Sebastian Kurz and Vice-Chancellor Werner Kogler, can be accessed here.