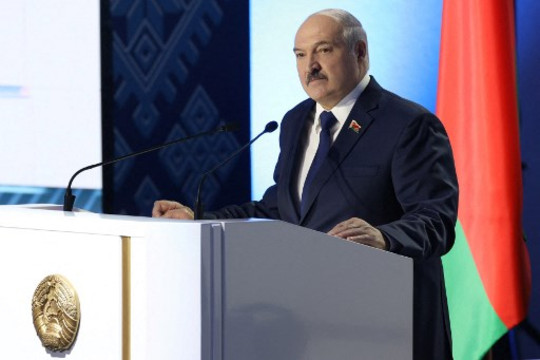 The Belarussian media regulator said in a statement that it had removed Euronews from the list of international media which can operate in the country and announced it would be replaced by Russian programming.

The authorities said they did not renew Euronews’ license, which expired on 12 April, because they did not comply with the law and ran advertisements in English, instead of Russian or Belarusian.

Euronews is a pan-European news channel broadcasting in thirteen languages.

The decision comes amid increasing pressure from the authorities on media operating in Belarus, where dozens of journalists and media workers have been arrested while covering anti-government demonstrations.

In March 2021, leaders of 50 journalists’ unions and associations in 34 European countries called on their governments to intensify pressure and take action in the face of constant violations of human rights and press freedom in Belarus.

The IFJ and EFJ condemned the decision to ban Euronews from broadcasting in Belarus as a new attempt by the Belarussian government to curb press freedom and restrict the right of its citizens to freedom of information.