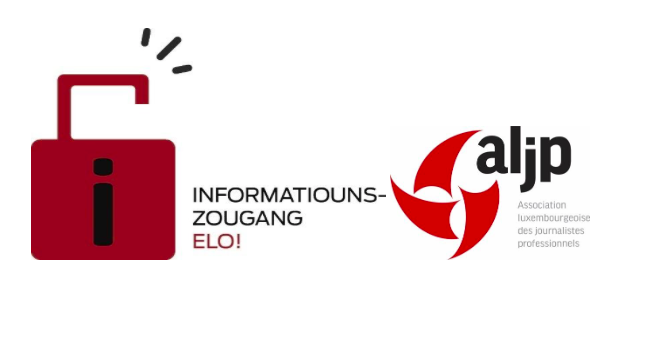 On 19 April, the Luxembourg Association of Professional Journalists (ALJP) kicked off a new campaignfor improved access to information and transparency. Supported by ten partner organisations, including the European Federation of Journalists (EFJ), ALJP advocates for an additional article to the press law that would oblige the authorities to provide information to the media within a specific timeframe.

The one-year campaign, titled “Access to information now!”, will include numerous activities and actions on social media, a dedicated webpage on the ALJP website, protests, conferences and a collaborative information campaign.

On 3 May, ALJP will mark International Press Freedom Day with a protest together with the partner organisations outside the state ministry. The main message of the campaign is that the access to information should not be a privilege, but a journalistic right.

Two years after its creation it has proven ineffective according to ALJP, which considers time limits inadequate, with administrations obstructing the journalists’ work and making only written administrative documents accessible. The processing period may take up until one month, but is often extended by another month, when the request is not eventually rejected or the information received is incomplete.

“We are asking for a right to information in the current press law of 2004 by adding an article through which administrations will be obliged to provide journalists with information immediately or within a reasonable time frame, depending on the type of documents,” said Ines Kurschat, President of the ALJP. “It is also important to make all kinds of public information accessible, not only written administrative documents as is currently the case.”

The ALJP campaign was joined by environmental and humanitarian NGOs, as well as trade unions and the press council. They called on all journalists and media organisations in Luxembourg to support the campaign.

The EFJ backs the call for this much needed improvement of the right to information: “It is intolerable that journalists in Luxembourg still do not have adequate access to information, even though information is the basis of this profession. This condition is detrimental to journalism and society in general. The requested additional article and increased transparency are long overdue!” stated EFJ General Secretary Ricardo Gutiérrez.