Albania: journalists, media workers and sources must be protected 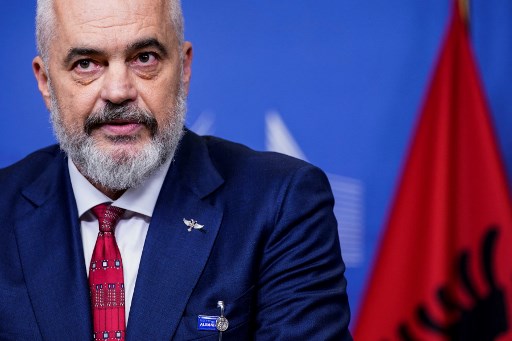 
The European Federation of Journalists (EFJ) today joined the Media Freedom Rapid Response partners in calling on state bodies in Albania to ensure journalists, media workers and sources are protected and able to work freely.

Irene Khan, United Nations Special Rapporteur on the promotion and protection of freedom of opinion and expression

Teresa Ribeiro, OSCE Representative on Freedom of the Media

The Media Freedom Rapid Response (MFRR) calls on all state bodies in Albania to ensure journalists, media workers and sources are protected and able to work freely

The MFRR is alarmed by the recent action targeting media actors and journalistic sources in Albania, which represents a significant threat to the public’s right to know and the ability of journalists to protect their sources. This is not in line with European law and standards and should be addressed in a meaningful manner, across all national and local state institutions.

As reported by a number of Albanian media outlets, the Socialist Party allegedly maintained a database which contains the names of 910,000 voters in the Tirana region, along with personal data including employment and family background records. This is an issue of significant public interest ahead of upcoming parliamentary elections. However, on Friday 16th April, Albania’s Special Structure Against Corruption and Organized Crime demanded that Andi Bushati and Armand Shkullaku, owners and editors of Lapsi.al, should hand over a portion of the database they had obtained from a source. When they refused, they were interrogated by representatives of the Special Structure. The refusal of Bushati and Shkullaku is based on their obligation to their source, as they could not guarantee that passing on the database would not disclose their source’s identity and make them vulnerable to legal action or harassment. Two days later, the Special Court of First Instance in Tirana ordered the seizure of all devices including mobile phones, servers, computers, USB memory sticks and other storage devices owned by LAPSI. al and its owners. According to the court order, seizure of devices was necessary as “evidence for the investigation and identification of the origin ​where the information came from“.

Source protection is a vital underpinning of a healthy and pluralist media environment and requires proactive commitments by state entities to ensure it remains intact. Any deviation or act that target sources or threatens journalists can dissuade others from coming forward and chill the sharing of information that makes journalism possible. The Council of Europe, of which Albania is a member, has clarified that “The European Court of Human Rights has recognised that [journalists’] right to freedom of expression should enjoy a broad scope of protection. Such protection includes…protection of confidential sources, protection against searches of professional workplaces and private domiciles and the seizure of materials, protection of news and information-gathering processes, and editorial and presentational autonomy.” This recent incident clearly contravenes these principles.

Further to this, there has been an alarming series of threats where journalists and media workers have been forcibly obstructed from accessing public representatives, most notably the mayor of Tirana, Erion Veliaj. On 12 April 2021, Isa Myzyraj, a journalist for Ora News was dragged away and pinned by the mayor’s security detail when he approached to ask for comments regarding construction and development in Tirana. This disproportionate response to a legitimate media request occurred after Myzyraj had repeatedly identified himself as a journalist. Just under a week later, another team of media workers for Ora News TV were threatened and forcibly prevented from asking questions to the Mayor by a large group of the politician’s supporters during an electoral meeting in Kavajë. Footage shows Ora News journalist, Ronaldo Sharka being pushed against a wall, with other supporters interfering with the camera operator’s work. Neither incident has been condemned by the administration in Tirana, the Socialist Party or the national government at large. A failure to act normalises this behaviour, further undermining the safety and ability to work of journalists in Albania. At a time where independent, impartial and factual reporting is more necessary than ever, the MFRR calls for swift condemnations to be shared publicly and a robust and independent investigation to ensure those behind the incidents are held to account. This should include Erion Veliaj and his security detail to ensure this does not happen again.

Since 1st March 2020, Mapping Media Freedom has documented 21 media freedom violations in Albania, This demonstrates the pressing need for structural and immediate commitments and actions to defend media freedom and ensure every journalist and media worker is able to report in the public interest.