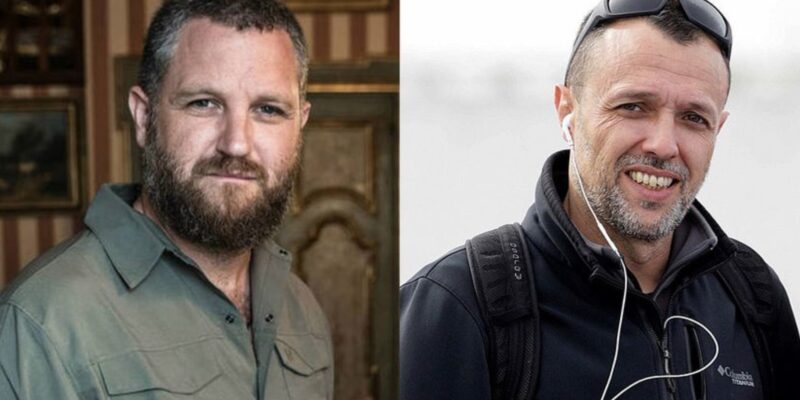 Two Spanish journalists who were reported missing on Monday were found dead today in the eastern region of Fada N’Gourma-Pama, according to the authorities in Burkina Faso and Spain.

44-year-old David Beriáin, a veteran TV journalist and founder of 93 Metros and cameraman Roberto Fraile were in a convoy carrying both security forces and civilians, which came under attack from unidentified gunmen near the Pama reserve. The journalists, reportedly accompanied by an Irish conservation worker who was also killed, had travelled to the region as part of their production about the protection of natural parks.

In a statement, the Communications Minister of Burkina Faso called the attackers terrorists who opened fire on the convoy, injuring three while four were missing including the three Westerners.

The Spanish Foreign Minister today confirmed the killing of the two Spaniards and was quoted by media as praising them for carrying out “courageous and essential journalism from conflict zones.”

The International and European Federations of Journalists (IFJ-EFJ) joined their Spanish affiliates, FAPE, FESP, FSC-CCOO, ELA-GIZALAN and FESMC-UGT, in condemning these killings and paying tribute to the victims.

“They gave their lives to the investigative journalism with professional dedication in defending the right of their fellow citizens to access information,” said FAPE President Nemesio Rodríguez.

The two federations urged the authorities in Burkina Faso to identify and bring to justice those behind this attack.

“This attack by an organised armed group to the convoy which was protected by security forces, was clearly planned. We demand that the authorities in Burkina Faso investigate this attack and identify those responsible as soon as possible, so that they can be arrested and brought to justice,” said EFJ General Secretary Ricardo Gutiérrez.

“We would like to convey our deepest condolences to the families of Roberto and David,” added EFJ Vice-President Marta Barcenilla. “Freedom of expression is a human right and it is unacceptable that the murder of journalists should leave the murderers unpunished. We also demand that the Spanish Government regulate the profession and stop allowing Spanish freelancers to risk their lives without guarantees, without protection and with miserable salaries.”

“Once again this appalling incident shows the danger to which journalists are exposed while gathering information for the benefit of the wider public,” added IFJ General Secretary Anthony Bellanger. “The best tribute we can pay them is to deliver justice for them and their families and we urge both Spanish and Burkinabé governments to cooperate in ensuring this happens.”