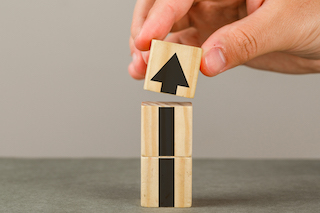 
To mark World Press Freedom Day, the European Federation of Journalists (EFJ) and its partners have just published two calls for Expression of Interest as part of the Media Councils in the Digital Age project, whose objective is to support media self-regulation bodies in addressing the new challenges of the digital age.

These calls for Expression of Interest are the first step leading to the award of two grants of 15,000€ which will be provided to newly established press councils and also journalists’ associations, media organisations and/or a consortium of both based in the European Union.

The financial support aims to strengthen self-regulatory bodies to create or improve their organisational capacity, promote ethical journalism, support their transition to the online world and organise a body or complaint mechanism where citizens and organizations can make a complaint if they believe there is a violation of journalistic ethics.

“The financial support launched today on the 3rd of May is very important at a time when distrust of journalists has become the rule and that journalism should be considered as a public good. This initiative aims to reinforce the development of self-regulatory bodies in Europe and stimulate the creation of new ones where they do not exist yet. Press councils are a major tool at the service of the public and journalists in the defense of free, independent and reliable information so that citizens can exercise their freedoms and contribute to the development of democracy.”

The grants are launched in the framework of the pilot project “Media Councils in the Digital Age”, funded by the European Commission (DG CONNECT) and led by a European consortium bringing together several European press councils (Austria (OP), Germany (TDP), Belgium (RVDJ and CDJ), Finland (JSN)), two universities (ULB in Belgium and Ramon LLull-Blanquerna in Spain) and the European Federation of Journalists (EFJ). The involved press councils are part of the Alliance of Independent Press Councils of Europe (AIPCE).