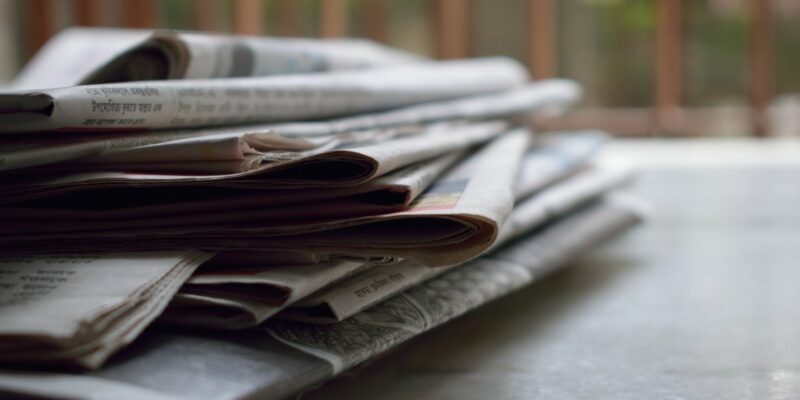 On 7 May, the second session of the EFJ series of webinars on improving media reporting on Muslims and Islam took place online. The European Federation of Journalists (EFJ) and the Directorate-General of the European Commission for Justice (DG JUST) welcomed Pedro Rojo, president of Al Fanar, and Diane Kemp, professor of Broadcast Journalism at Birmingham City University and former BBC journalist, to discuss good and bad reporting practices with the participants. The exchange revolved around the questions of how to avoid stereotypes and sensationalism and how to create compelling and relevant stories without resorting to them.

To watch the recording of the webinar, click here.

The webinar started with Pedro Rojo explaining the most common mal-practices when reporting about Islam and Muslims: the choice of inaccurate, generic or out-of-context visuals to illustrate the news; biased representation of Muslim women; lack of questioning of stigmatising statements; and tokenisation or the binary narrative of ‘Good Muslims and Bad Muslims’.

To avoid these mistakes, Rojo presented ten recommendations on reporting Islam. Documenting in-depth and searching for diverse sources, contacting the Muslim population with respect, avoiding stereotyping and generalisations and looking for images that foster empathy instead of enforcing clichés are all part of what journalists can do to portray Islam and Muslims more accurately. 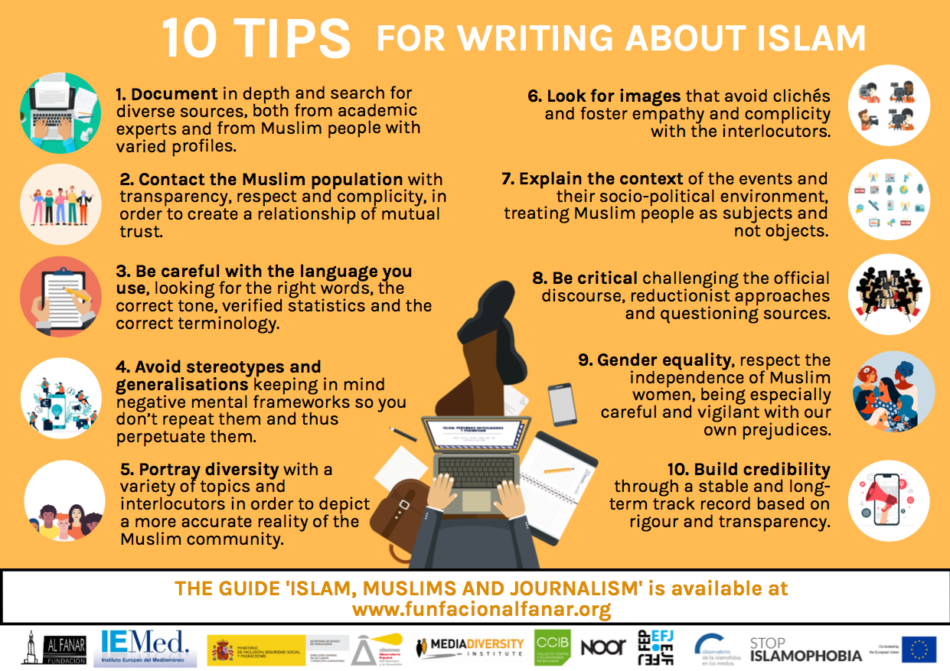 A bad example that was mentioned several times during the webinar concerns the use of language. As explained by Rojo, “Language has to be very accurate, facts and quoting must be done meticulously. The use of stereotypes and aggressive language can instigate many debates”.  As mentioned by one participant, the reference to “the Muslim community” should be avoided, since there is not one unified Muslim community, but several different ones coexist.

Journalists’ role in reporting correctly on Muslims and Islam becomes especially salient in an age where information spreads at an ever-increasing pace. Not only fake news about Islam spread much faster than fake news about other issues, but in Spanish media, according to Rojo, Muslim women and the wearing of veils are the most islamophobic topics written about. Moreover, the rise of hate speech in the media should also be seen in relation to hate crimes in real life.

What can you do as a journalist about #Islamophobic sources or racist statements? Contextualise, explain, and do not normalise these kinds of expressions, quotes or documents! Otherwise, these harmful statements are passed on to society as well. #ethicalreporting @Al_Fanar

Diane Kemp further elaborated during the discussion on general reporting rules and practices in the newsroom. She highlighted that under time pressure, journalists should avoid making the mistake of choosing sources that they already know. Instead, they should foster relationships with Muslims in their daily reporting and spend time on increasing a more diverse network or sources. Rojo added that social networks should be used carefully, as even though they are an opportunity to collect information and interact with Muslims, they cannot substitute personal relationships.

Kemp emphasised the need to be specific when describing a particular cultural group in news reporting. For example, only mention one’s ethnicity when it is relevant. Journalists should report with the communities rather than reporting on them. “In the end, it always comes back to good, solid journalistic principles,” Kemp said.

Journalists can be real allies to Muslims in the newsroom and to colleagues coming from diverse backgrounds by listening to them and boosting their voices. Further, journalists should educate themselves about current issues, acknowledge their privileges, speak up against prejudice and keep the conversation going with others in the newsroom.

Additionally, being self-aware, especially about one’s unconscious biases is already a step towards positive change. You may take a test here on your own unconscious bias which could tell about your implicit decision-making and attitudes towards people depending on their race, gender or sexual orientation: Take a Test (harvard.edu).

The discussion also stressed the need to make a structural and cultural change in the newsrooms and the challenges to make such changes. The next session on improving media reporting on Muslims and Islam will take place on 21 May with a focus on how journalists can push for more ethical journalism practices in the newsroom and the state of diversity in the newsroom will be discussed.