EFJ-EU Webinar: Pushing for more ethical journalism inside the newsroom 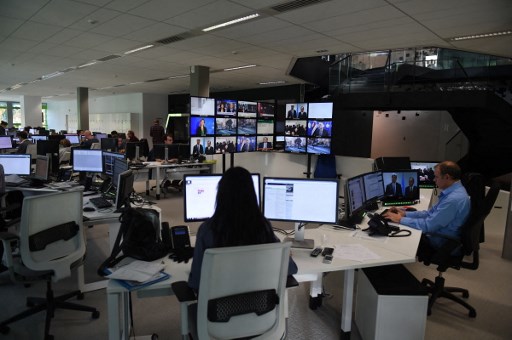 On 21 May, the third session of the EFJ series of webinars on improving media reporting on Muslims and Islam took place online with contributions from the journalistsJean-Paul Marthoz (Le Soir, Belgium), Shirish Kulkarni (Clwstwr, UK) and Neila Butt, Creative Diversity Lead for programs at Channel 4 in the UK. The webinar focussed on how journalists can push for more ethical reporting practices inside their newsrooms and how diverse newsrooms currently are.

To watch the recording of the webinar click here.

Jean-Paul Marthoz started the discussion by highlighting that there are many ways to cover Islam but we must stick to the basic principles of journalism ethics to do no harm. Marthoz shared his own “doctrine” and guiding principle when practicing good journalism and public interest journalism. The three most important pillars of ethics are: to seek the truth; work independently; and do no harm when pursuing the truth. In other words, the “dissemination of information or opinion does not contribute to hatred or prejudice and avoids facilitating the spread of discrimination”, as Article 9 of the IFJ Global Charter of ethics for journalists reads.

“If we want to cover a distinct topic we have to understand the specifics of it and always bring back the discussion to the fundamentals of ethics and human rights.”

Most importantly, journalists must not only focus on Islam when a conflict arises but show commitment to the communities by spending time with its members. Media usually follow an agenda that might negatively depict Islam, thus provoking discrimination and racism. Therefore, journalists must reflect a fair representation of the communities, first of all by ensuring diversity in the newsroom. Through developing sources and doing community journalism, journalists not only gain a better understanding of ongoing issues but also have the capability to respond to the “no harm principle” via getting to know people and developing a form of attention to a specific community.

Shirish Kulkarni shared his experience regarding racism and discrimination in the newsrooms after working for 25 years in the field of broadcasting and television in the United Kingdom. He argued that although journalism is supposed to be objective, “spicy” and “sensational” factors in the news are overriding the core principle of objectivity in journalism, leading to more racism in society. Islam and Muslim people have been attacked because of how they are framed in the media, which means that a racist discourse created in the newsroom can have impactful consequences. Kulkarni highlighted that doing non-racist reporting is not enough, there should be more focus on doing anti-racist reporting and actively decolonising the news.

“Media organisations are good at talking about diversity but they don’t practice what they preach” @ShirishMM #diversity #ethicalteporting pic.twitter.com/HIGzYBcfaT

Regarding his personal experience, Kulkarni observed that newsrooms often talk about wanting more diverse perspectives, but are much less keen on actually hearing them. Moreover, some communities do not engage with the news, the only reason being that they are badly served. In fact, newsrooms are ignoring a large part of the population, which means a significant part of potential audiences and markets is not reached. Kulkarni suggested that journalists have to be more strategic when talking to decision-makers in newsrooms, for example by starting with one-on-one conversations and building tactics and coalitions for change. Because of the recent Black Lives Matter movement, there is somewhat more openness towards discussions about diversity, but still, a lot of work needs to be done.

When it comes to making a change on the structural level, Kulkarni said that smaller organisations can more easily adapt to changes and their positive impact made on the small scale is important to push for big news organisations to follow suit.

A discussion ensued on why leaving a news organisation often seems to be the only solution when facing a non-ethical work environment. To this, Kulkarni reacted:

“It’s not our responsibility to change a whole newsroom. Mental health is very important, too. You should keep yourself safe first and leaving should not be regarded as a failure.”

Neila Butt added that although it is often perceived that institutions such as the BBC are systematically racist, from her personal experience, there is rather a lack of understanding on how to cover subjects like racism. Ending on a more positive note, Butt said: “I think it’s gotten a lot better. There are many more people commissioning stories that understand different backgrounds. There is a real movement of change.” For example, Butt pointed to the media coverage on the recently published UK report on Race and Ethnic Disparities, for which e.g. the BBC, ITN and Sky trusted journalists from ethnic minority backgrounds to give a more nuanced and inclusive analysis.

The last session on improving media reporting on Muslims and Islam will take place on 18 June, where participants will present their media productions and voices from the Muslim and Islam communities will be present. You can register to join this session here.