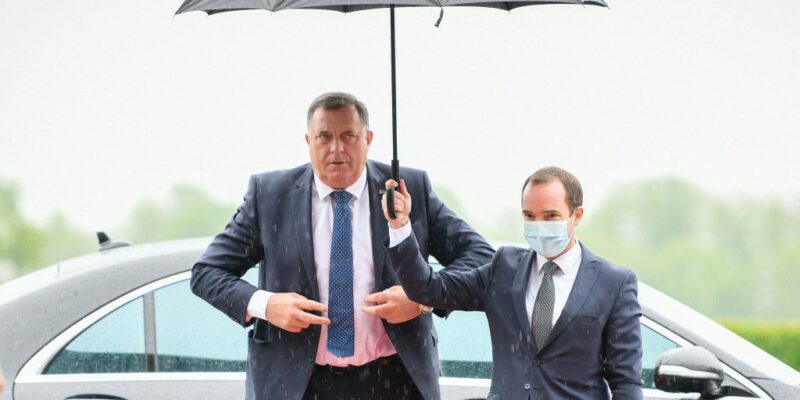 Currently a member of the Presidency of Bosnia and Herzegovina, Dodik called the journalist a German agent and ‘quisling’. It is the latest in his campaign of threats and insults against journalists who is he disagrees with.

ETUC defends democracy and the rights of independent journalists and a free media, and says that threats and insults against journalists, and anyone else, should have no place in the rhetoric of elected politicians.

“This is a new low for Dodik and politicians like him” said Luca Visentini, General Secretary of the ETUC. “Dodik is an elected politician, and he should play by the rules of democracy. People expect politicians to encourage dialogue and respectful exchanges of views – not to make threats and insults against those who they disagree with. An independent media is the cornerstone of democracy and those who threaten and insult journalists are playing with fire.

“Verbal and physical attacks on journalists in Bosnia, Belarus, Slovakia, Malta, France and many other countries constitute a worrying trend which has to be stopped. Independent journalism is a must for a decent and free society.”

“We stand up for the right of Tanja Topic and all other journalists to be able to go about their work without harassment and intimidation. We support the Bosnian Journalists Association and European Federation of Journalists in defending Tanja Topic and condemning Milorad Dodik.”

Read the EFJ alert about this case on the Council of Europe Platform for the Protection of Journalism.