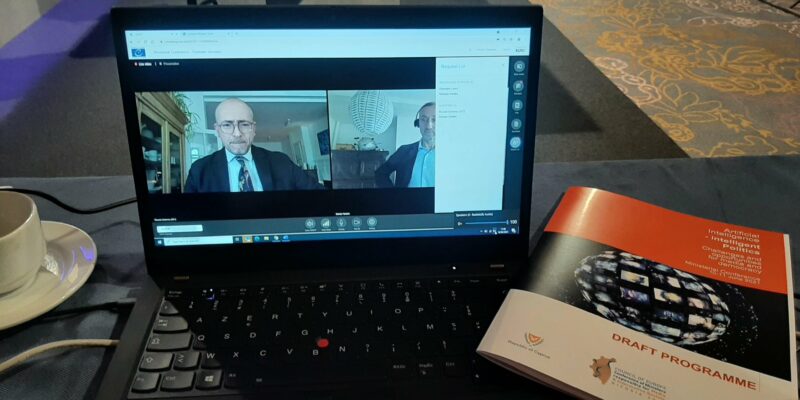 The General Secretary of the European Federation of Journalists (EFJ), Ricardo Gutiérrez, was invited today to speak about the situation of journalists at the Council of Europe Ministerial Conference on Artificial Intelligence, Freedom of Expression and Media Freedom. The EFJ again called on Council of Europe member states to fulfil their international commitments to protect journalists.

The EFJ GS mentioned the threats highlighted in the background paper prepared by professor Damian Tambini for the conference (“Media Freedom, Regulation and Trust: A Systemic Approach to Information Disorder”):

“Professional media do not need new regulation,” reacted Gutiérrez. “You all know the best antidotes to information disorders:

The EFJ GS called on member states to promote effective implementation of the CoE Recommendation 2016/4 on the protection of journalism and safety of journalists and other media actors. “Member states should facilitate reforms of laws and practices, including national security, defamation and access to information provisions, ensuring full participation by independent media, journalists’ organisations and civil society stakeholders.”

“Recommendation 2016/4 is a global model,” said Gutiérrez. “It is the most ambitious and integrated model of standards on a global scale. It is regrettable that so few governments have implemented these concrete measures to support press freedom. It is regrettable that some states are doing the opposite. They signed the Recommendation in 2016 and they are now demonstrating their hypocrisy by acting contrary to the recommendations they signed up to.”

.@Molenews1 rightfully calling out the hypocrisy of states who signed Recommendations on the protection of journalism and safety of journalists but act contrary to their commitments#COEminAImedia@EFJEUROPE @MediaFreedomEU https://t.co/CVATFGcxEn

This is saying it as it is: ‘fueled by politicians’. https://t.co/55SdMFlvVN