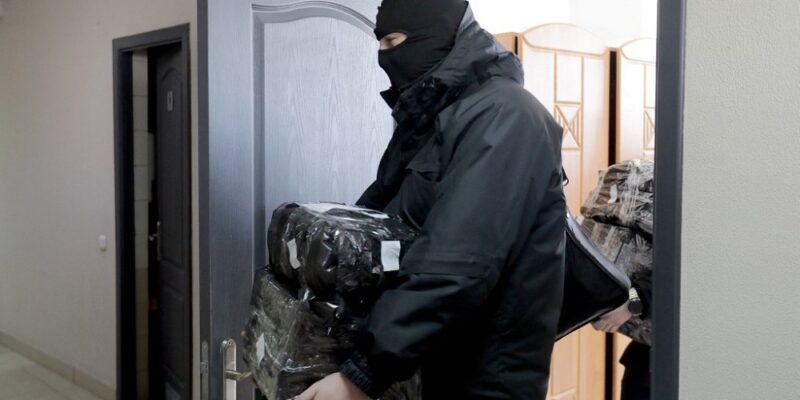 The Belarusian regime is intensifying its crackdown on journalists and their representative organisation, the Belarusian Association of Journalists (BAJ). After searching and sealing BAJ’s offices on 14 July, the authorities blocked the organisation’s bank accounts on Tuesday 20 July. The European and International Federations of Journalists (EFJ-IFJ) denounce the regime’s repeated actions to paralyse their affiliate in Belarus.

By the decision of the Investigative Committee, BAJ’s bank accounts have been completely blocked: it is no longer possible to make any payment or register any payment, which paralyses the activity of the independent representative organisation of journalists in Belarus.

On 14 July, the police broke down the door of BAJ’s headquarters and carried out a new search, after which the seals were put down.

In the past two weeks, 66 media outlets, editorial offices and journalists’ homes have been raided in Belarus. NGOs and human rights activists have also been targeted in this new wave of repression.

“We strongly condemn the continued harassment of our affiliate BAJ by the Belarusian authorities. This pressure is pure intimidation and is aimed at breaking down solidarity among journalists,” said IFJ General Secretary Anthony Bellanger. “The perpetrators of this new wave of repression will be held accountable for their actions,” added EFJ General Secretary Ricardo Gutiérrez.

Currently, 33 journalists and media workers are in captivity in Belarus: