EFJ calls for regulation of trade in surveillance weapons 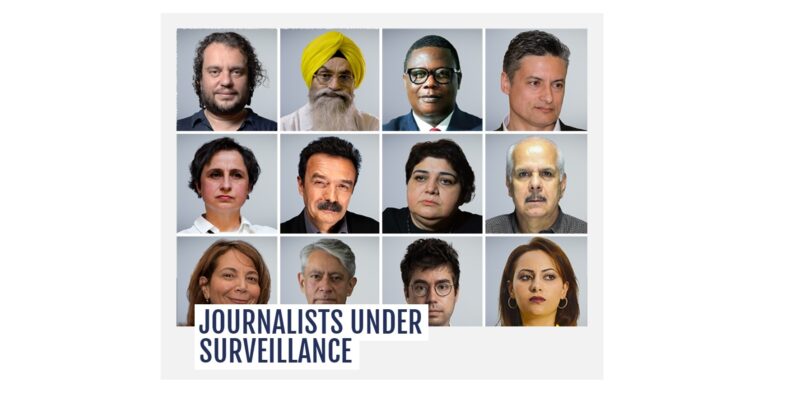 Following the revelations about the reach and harms of NSO’s Pegasus spyware, the European Federation of Journalists (EFJ) calls on the European Union (EU), the Council of Europe (CoE) and the Organization for Security and Co-operation in Europe (OSCE) to take action to constrain the global spyware industry.

Over the weekend, a global consortium of news organisations joined Forbidden Stories, a Paris-based journalism nonprofit, to reveal how Pegasus turned the phones of journalists, opposition politicians and human rights activists into real-time spying devices. At least 180 journalists across the world have been spied on using Pegasus software, including journalists based in European countries (Sevinc Vaqifqizi, Khadija Ismayilova and Jasur Sumerinli in Azerbaijan, Dominique Simonnot, Rosa Moussaoui, Lenaïg Bredoux and Edwy Plenel in France, David Dercsenyi, András Szabó and Szabolcs Panyi in Hungary, Ignacio Cembrero in Spain, Turan Kislakci in Turkey, Roula Khalaf and Bradley Hope in the United Kingdom).

The EFJ recommends that targeted journalists and media outlets file a complaint for violation of the confidentiality of their sources. The EFJ also calls on the international community and governments to investigate Pegasus’ case and to implement a moratorium on the sale and transfer of spyware technology until a global export regime can place these tools under global restraint, as suggested by David Kaye, former U.N. special rapporteur on freedom of expression.

In addition to measures to control the sale and export of these surveillance technologies, the EFJ calls on governments using these technologies must put in place rule-of-law based requirements for any use of spyware.

“These tools of massive digital infection are used by enemies of democracy, but also by liberal democracies,” said the EFJ General Secretary Ricardo Gutiérrez. “We are talking about technological weapons that can have devastating effects. The international community regulates the trade in conventional weapons. I see no reason why technological weapons should escape this regulation. If companies like NSO become complicit in illegal espionage operations, they should be prosecuted and convicted.”

Ricardo Gutiérrez is not surprised by the revelations about Pegasus spyware: “Spying on journalists has become commonplace in Europe. A few years ago, the German intelligence agency BND was condemned by the Federal Administrative Court for spying on 50 foreign journalists, including journalists from the BBC, Reuters and the New York Times. Journalists must be made aware of the importance of protecting their sources. The media must train their journalists in digital safety. This has become a key democratic issue.”

The EFJ denounces the hypocrisy of European states, which claim to promote press freedom, but continue to propose legal reforms that threaten the confidentiality of journalistic sources, as has been the case recently in Germany, the United Kingdom, the Netherlands, France, Switzerland and Poland.