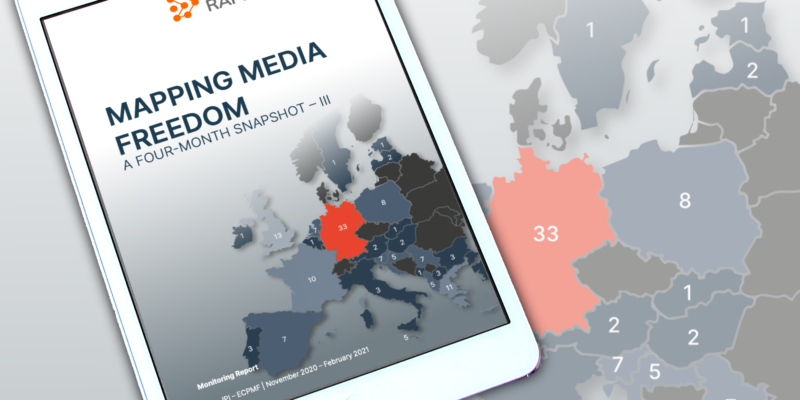 
The Media Freedom Rapid Response (MFRR) monitoring report depicts the alarming trends persons related to the media faced between November 2020 and the end of February 2021. This latest report recorded the highest ever number of attacks on journalists and media workers in Europe and highlighted the key trends exacerbated by the COVID-19 pandemic.

Compiled by the European Federation of Journalists (EFJ) and the International Press Institute (IPI), with the support of the European Centre for Press and Media Freedom (ECPMF), the report monitored in total 147 alerts in the four-month period (with 256 attacked persons or entities related to media) in 27 countries. This is the highest number yet, as the first report recorded 120 alerts (March to June 2020) and the second 114 (July to October 2020). 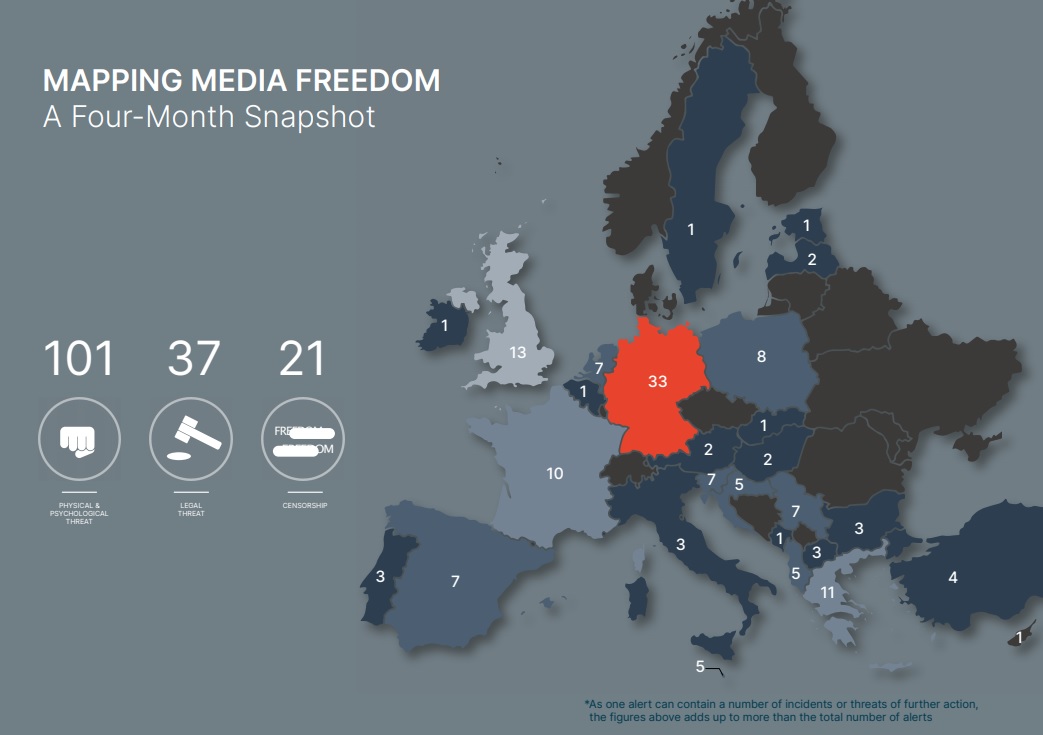 A number of key trends can be observed across all three reports such as the ongoing COVID-19 pandemic, which has directly impacted media freedom or given cover for state and non-state actors to target journalists and media workers. Another trend is that protests and demonstrations remain the most dangerous working context for journalists and media workers in Europe especially as an extraordinary number of protests has taken place in 2020, many related to the pandemic.

During demonstrations, journalists not only were victims of harassment and physical violence instigated by protesters, but police officers too often failed to protect journalists and were also the source of a number of media freedom violations across Europe. Harassment and violence has come from the police or state security more often compared to previous reports with 44 such cases reported, almost double the number registered in the second Monitoring Report. 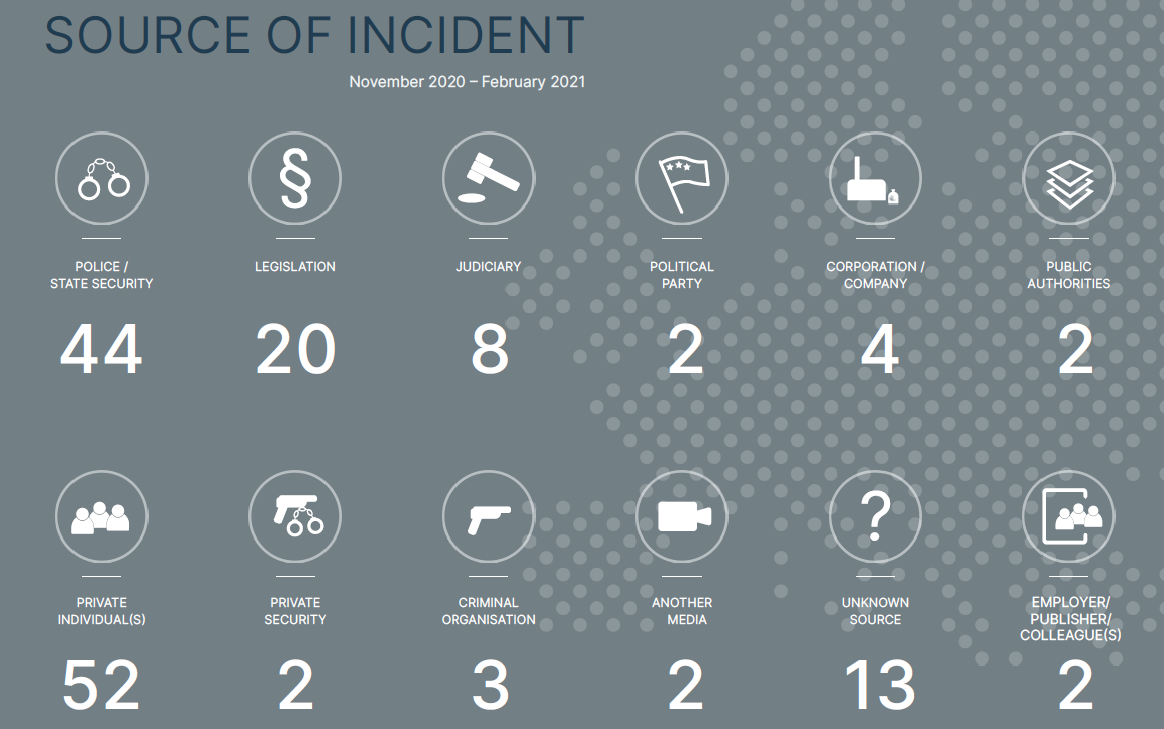 When it comes to the type of incidents, journalists faced the most often intimidations or threats directed towards them, for example in the form of Strategic Lawsuits Against Public Participation (SLAPPs) and other vexatious lawsuits aimed at silencing critical voices. This category is followed by physical assaults without injuries and insults or abuses.

Another worrying threat to media freedom in a number of countries across Europe – including Hungary, Poland and Slovenia – is the increasing state control exerted on media in the form of sales and purchases of media outlets, and the formation of media regulators which expand governmental control over media outlets and restrict independent reporting.

Furthermore, with all the positive aspects of social media, journalists have become more vulnerable to widespread online harassment, predominantly women, journalists of colour and the LGBTQI community. Smear campaigns which aim to undermine the credibility of journalists are also on the rise in a context of increasing right-wing populist regimes across Europe. Without robust and structural responses, these could become a worrying aspect of modern journalism.

The MFRR report also warns to keep an eye on modifications established under the pandemic, which if not repealed or reevaluated after the pandemic subsides, could speed up the normalisation of threats that journalists and media workers face, positioning certain violations as ‘just part of the job’. Finally, the report highlights that if we want to protect journalists and media freedom across Europe, there is a need for long-term, in-depth and nuanced responses from national, regional, and supranational bodies, alongside increased public solidarity and support.