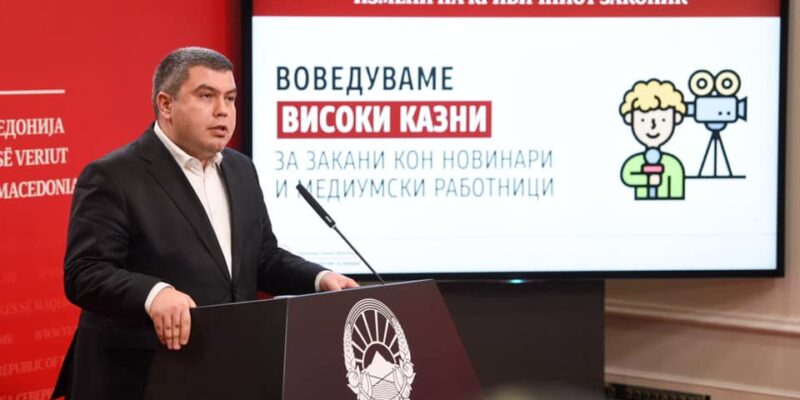 The amendments have come at the request of the journalists’ association and union and will help reduce cases of attacks and threats against media workers, said the Minister of Justice during a press conference.

Changes include new penalties for assaulting a journalist or a media worker, from three months to three years in jail. Authorities will treat cases involving journalists in the same way as they treat assaults on police officers. Therefore, the public prosecutor will deal with these cases ex officio.

The amendments also provide for the introduction of the term “stalking” as a criminal offence that will cover online harassment. People stalking, persecuting or trying to pursue unwanted contact with a person through the use of media will face fines and a maximum sentence of three years in jail.

“We have been advocating for this law for 4 years and this is indeed good news. We hope that the law will be passed in September as announced, and that it will reduced impunity for attacks on media representatives. The higher penalties envisaged for attacks on journalists and media workers are welcomed, but what is also important for us is that attacks will be treated ex-officio by the competent institutions, as until now many cases did not go beyond reporting to the police. We must end impunity so that journalists and media workers can be safe to do their work properly”, said Pavle Belovski, president of Independent Trade Union of Journalists and Media Workers.

EFJ General Secretary Ricardo Gutiérrez said: “This announcement is very good news for journalists and media workers in North Macedonia. We welcome the strong commitment of the government of North Macedonia and call on the members of parliament to adopt this law. We also encourage neighbouring countries to follow this example and show good will to improve the working conditions of journalists and media freedom.”