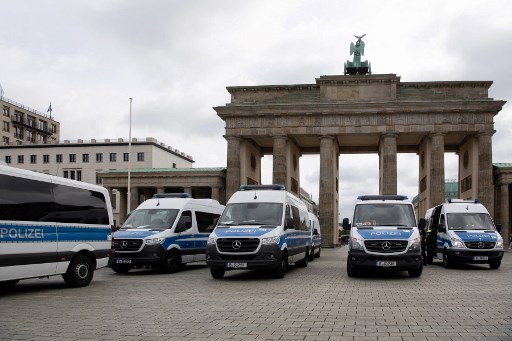 Jörg Reichel, the regional manager of the German Journalists’ Union, dju in ver.di, was brutally attacked during “Querdenker” demonstrations against the Covid-19 measures in Berlin on Sunday 1 August. The European Federation of Journalists (EFJ) joined its German affiliates dju in ver.di and the German Journalists’ Association (DJV), in expressing solidarity with its member and calling on the authorities to conduct a swift investigation to hold the attackers to account.

On 1 August 2021, an unauthorised Querdenker demonstration took place in Berlin. Thousands of demonstrators marched through the city, leading to numerous clashes with the police and about 600 arrests. Journalists were insulted, threatened and spat upon by the protesters. Physical assaults were also carried out against media workers.

On the margins of a demonstration in the Kreuzburg area, brutal aggressions were committed against the Berlin-Brandenburg manager of dju in ver.di, Jörg Reichel. According to media reports,  several people pulled Reichel off his bicycle and then “hit and kicked him”. The assailants reportedly only let go of him when passers-by intervened. Reichel suffered severe bruises to his shoulder and legs, for which he was treated in hospital. Reichel contacted the police who sent an officer to take his statement and he also pressed charges. The police are now investigating aggravating injury, property damage and attempted theft. Reichel’s bike and cell phone were also completely destroyed.

The dju in ver.di and DJV strongly condemned the attack. The General Secretary of dju in ver.di, Monique Hofmann, said: “We are deeply dismayed and stand by the side of our colleague, who has been observing the rallies of the so-called “lateral thinkers” with great personal commitment since last year.”

Jörg Reichel has been leading dju in ver.di’s advocacy work and regularly monitored demonstrations in the Berlin-Brandenburg region to report on press freedom violations. His work had already attracted the attention of followers of the Querdenker scene, who targeted him: he was threatened and defamed, and his name and photo had circulated in the relevant Telegram channels, according to Monique Hofmann. “It is likely that the attackers deliberately stalked their unpopular critic,” said DJV spokesman Hendrik Zörner.

The EFJ General Secretary Ricardo Gutiérrez reacted: “We truly honour the continuous effort our dear colleague Jörg Reichel has put into monitoring demonstrations and fighting for press freedom and journalists’ rights. We are devastated that now he is among those who got attacked and wish him a quick recovery. His attackers must be held accountable for this outrageous act!”