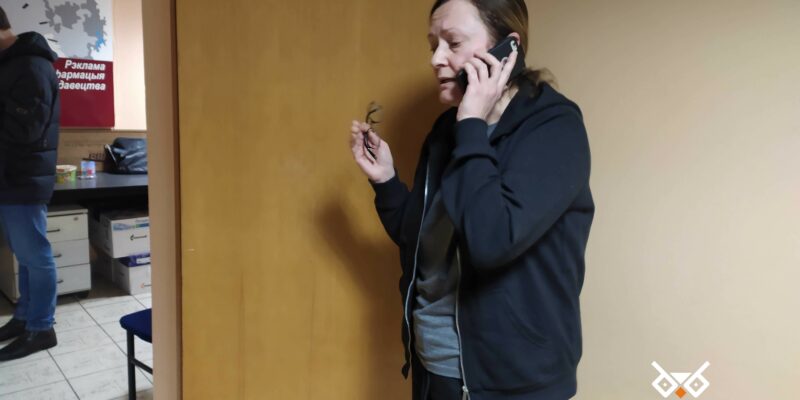 A new episode in the wave of repression against the media took place on Wednesday morning in Belarus: police in Minsk have searched the homes of several employees of the independent news agency BelaPAN and its online version, Naviny. The European and International Federations of Journalists (EFJ-IFJ) denounce the detention of several media workers in connection with these searches.

Iryna Leushyna, director and editor-in-chief of BelaPAN, was detained, as were accountant Ekaterina Boeva and former director Dmitry Novozhilov, according to the EFJ-IFJ affiliate, the Belarusian Association of Journalists (BAJ). These new detentions bring to 33 the number of journalists and media workers in captivity in Belarus.

The police seized the professional equipment (his mobile phone, a computer hard disc, a tablet computer, his journalist documents, and business cards) of Alyaksandr Zaytsau, editor-in-chief of Naviny. The police told him that the searches were conducted as part of an investigation into the “organization of activities that blatantly violate public order” (article 342 of criminal code). The case is being conducted by the Belarusian Investigative Committee.

The police also searched the homes of two journalists from the agency, Iryna Turchyna and Zakhar Shcharbakou, as well as BelaPAN accountant Ekaterina Boeva and BelaPAN director Iryna Leushyna.

The news agency’s website became inaccessible both in Belarus and abroad as the searches started.

The EFJ and IFJ denounce this latest violation of press freedom and once again call on the international community to take action to stop the ongoing repression in Belarus.