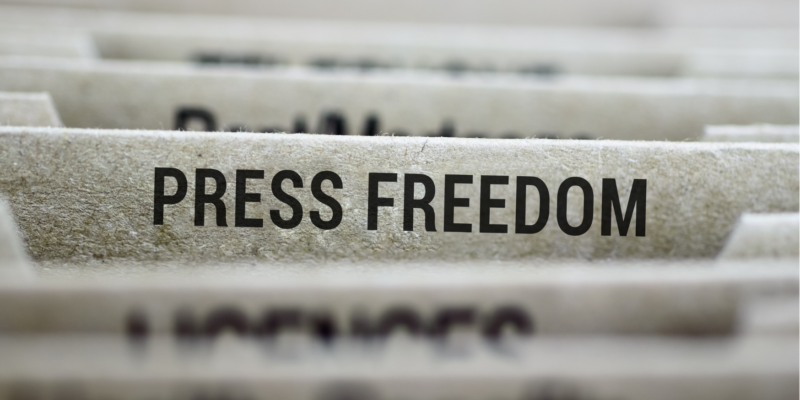 
The undersigned organisations of the Media Freedom Rapid Response (MFRR) today express serious concern over the Molotov cocktail attack on the home of journalist Willem Groeneveld in Groningen last night. We welcome the prompt response of the Dutch authorities to carry out a police investigation. Our organisations call on the authorities to analyse the safety measures that were in place, to establish the motive of the attack and to bring those responsible to justice.

Coming so soon after the fatal shooting of Dutch crime reporter Peter R. de Vries in Amsterdam in July, this potential attempted murder represents another serious attack on media freedom in the Netherlands. This requires a swift response to protect the safety of journalists. We urge the Dutch authorities to address this broader trend by starting a rigorous investigation into the circumstances and factors behind the recent increase in attacks on journalists within the country.

At around 2.45am on the night of 18-19 August, multiple Molotov cocktails were thrown through a window into Groeneveld’s apartment. After he and his partner awoke to the sound of smashing glass, they were able to extinguish the flames and no one was injured. The journalist said “several” explosives were thrown.

The identity of the attacker or attackers is currently unknown and police are currently analysing CCTV footage and speaking with witnesses. No indication of the motive or whether it was connected to Groeneveld’s journalistic work has yet been established by the authorities.

In recent months, Groeneveld, who is the founder and editor-in-chief of Sikkom, a youth platform that publishes news and investigative journalism about the city of Groningen, has faced pressure and intimidation over his reporting on local landlords and other issues. He is also a contributor to Dagblad van het Noorden, a daily newspaper.

In 2019, five stones were thrown through the windows of his Groningen home and in June Groningen city council denounced intimidation of the journalist by a local real estate entrepreneur. Bicycles were dumped in front of his house in response to an article he wrote and his address and phone number then appeared on Facebook, a practice known as “doxing”. Whether the doxing is connected to the attack remains unclear. Groeneveld had been receiving police protection for a while when the Molotov cocktail hit his house.

Thomas Bruning, the general secretary of the Dutch Association of Journalists (NVJ) is right; the nature of this incident means authorities must consider treating it as attempted murder. It is an attack on Willem Groeneveld, but also the entire Dutch journalistic community. This is even more concerning considering the Netherlands is ranked among the best countries in the world for the freedom of the press.

It is vital therefore that the Netherlands lead by example. The MFRR have reported the issue to the Council of Europe’s Platform for the Protection of Journalism and Safety of Journalists and the Mapping Media Freedom platform will continue to monitor this case closely.