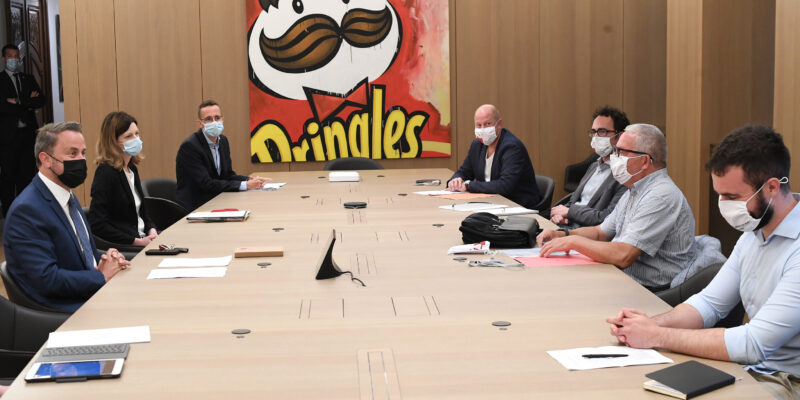 Luxembourg’s Prime Minister and Media Minister Xavier Bettel met with the Association of Professional Journalists in Luxembourg (ALJP) on 9 September 2021 to discuss access to information for journalists.

Bettel met with Roger Infalt (ALJP President), Luc Caregari (Secretary General), Ingo Zwank and Misch Pautsch (members of the Board of Directors) as well as the Ministry’s Media and Communications Department, Paul Konsbrück (outgoing head of cabinet) and his successor Jeff Feller.

After the meeting, Infalt said he was optimistic, as Bettel showed great awareness of the issue. Bettel’s comments during the meeting suggested that he was aware of the issue and ready to make amendments. The 2016’s “Bettel circulaire” was also discussed. The memorandum requires for all government’s officials to redirect informations through their ministries’ press services, and Bettel admitted it was often misinterpreted. After having heard the ALJP and press council on the topic, Bettel seemed ready to amend the current legislation, says the ALJP. In addition, the Minister announced that the Transparent and Open Government Act and Open Government Act 2018 would be reformed – as soon as all the votes are collected.

“The ALJP believes that in order to achieve quality journalism, a goal declared by M. Bettel, we must make sure that journalists can do their work freely and are no longer subjected to the willingness of government bodies to share relevant documents,”  said Roger Infalt.

ALJP will soon set up a page on its website for journalists to report any negative experience they may have had when requesting information from a ministry, administration or any other public bodies. The next consultation between the ALJP and its partners will take place at the end of September.